What Drives COPD in Women? 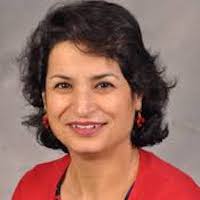 The female population of chronic obstructive pulmonary disease (COPD) patients is fairly unique—in fact, in ways, it is trend-breaking.

In a presentation at the CHEST 2019 Annual Meeting in New Orleans, Pratibha Kaul, MD, of SUNY Upstate Medical University, showed a very plain pie chart detailing the risk factor associated with smoking for COPD. In the one-fourth of the chart depicting non-smoking patients with COPD, Kaul had expanded the data to show this minority population was approximately 80% female.

Indeed, women with COPD are likely to present with increased dyspnea symptoms, and fewer cough and sputum production, than their male peers. They often have a lower body mass index (BMI) and socioeconomic status, and they are burdened with more small airway diseases than they are emphysema.

Additionally, COPD and its symptoms are more likely to occur in a younger female population than among men. An assessment observing male and female patients either older or younger than 65 years showed dyspnea risk is nearly two-fold (OR 1.94) in women < 65 years than men. Exacerbation risk is also 53% greater (OR 1.53), and likelihood to be in a worse disease classification per GOLD groups is significant (GOLD Group B vs A; OR, 2.13; GOLD group D vs A; OR, 2.07).

These symptom disparities among genders often lessen in older age.

“Women do present differently than men,” Kaul said. She also noted predicted forced expiratory volume at 1 second (FEV1) more severely worsens in women over time than it does in men.

Though there is no definite driver of these disparities, Kaul did point to a few factors. She observed that more than half of all households in the world rely on biomass fuel for cooking. Assuming it’s more often the women’s role to cook and prepare food in a household, she suggested their exposure to the fuel’s smoke could have a severe effect on lung function.

Even in the argument that, in modern times, women are less homemakers and more involved in the workforce, Kaul pointed out some women may now be more exposed to similar biomass fuel rates at blue-collar jobs.

There is also a consistent difficulty among women to maintain long-term tobacco smoking abstinence, Kaul said. Clinical studies have shown transdermal nicotine and bupropion are less effective in women attempting to quit smoking.

Even in instances when clinicians may have an opportunity to diagnose and properly manage a female patient COPD, there are particular hurdles. Physicians are less likely to recognize the signs and symptoms of COPD, including exacerbations, in women. Kaul added that women frequently “dismiss their symptoms,” contributing to the lesser rate of spirometries provided to women with COPD.

And though proven therapies including tiotropium and fluticasone/salmeterol have shown similar efficacy among both genders, studies have also shown women with COPD are more likely to practice incorrect inhaler technique, Kaul said—negating some of the therapies’ benefits.

Kaul summarized the under-diagnosis and over-burden of COPD in women is due to a combination of smaller airways, an increased exposure to biomass fuel, an equal exposure to smoking and an unequal ability to quit smoking, and societal perception that COPD is not a likely disease among women in the first place.

“COPD is not a ‘men-only’ disease,” she concluded. “In fact, we are seeing more and more women.”

Click here to sign up for more HCPLive® content and updates.
Related Coverage >>>
FDA Announces First ProAir HFA Approval
Katie Marks-Cogan, MD: Setting a Pediatric Food Allergy Prevention Strategy
Gut Microbiota Could Be a Biomarker for Pulmonary Arterial Hypertension
You May Also be Interested in
Most Popular
The Fear of the Coronavirus, and the Reality of the Flu
Is it safe to eat sushi? Bowel obstruction related to anisakiasis
FDA Approves Voltaren Arthritis Pain as OTC Topical Gel for Osteoarthritis
FDA Approves Two Prescription Allergy Eye Drops for OTC Use
Top 10 Painkillers in the US