What Can We Expect for Mental Health Care Under Trump? 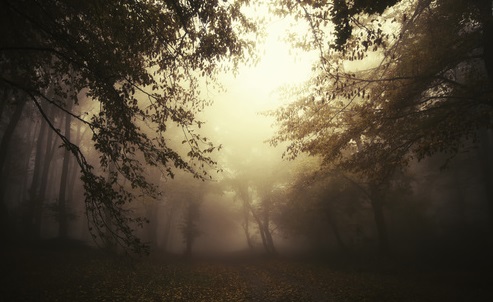 Contributor Constance Scharff, PhD, is senior addiction research fellow and director of Addiction Research for the Cliffside Malibu addiction treatment center in Malibu, CA, She last wrote about tips for hosting addicted guests during the holidays.
The debate over the repeal of the Affordable Care Act (ACA) is already raging in Congress. The disagreements over what to keep, what to dispose of, and how to pay for healthcare all are likely to become more heated. Those of us in addiction and mental health treatment are concerned that access to care overall will be diminished, but hold out hope that the bipartisan support to address the opioid overdose epidemic will continue.
There are aspects of the ACA that are important for mental health care.
President-Elect Donald Trump has indicated that key principles of the ACA may be retained. There are five key principles that should be retained in a new health insurance system. Each pushes up the cost of care by increasing access to care for those who are ill or could become ill. Here are provisions we need to keep:
While it is likely that at least some of these coverage elements  will be retained by Trump and the GOP, it is far less clear how any of these provisions will be paid for under a new plan.
With regard to mental health, each of these protections is critical. Three-fourths of serious mental illnesses have their onset in the teens to mid-twenties, meaning that young people develop what were once called pre-existing conditions early. Many times, there is a considerable span of time between initial onset, first treatment and relapse. Any relapse could be catastrophic to a family if pre-existing conditions or coverage caps are once again allowed, even though relapse for both mental health disorders and addiction are exceedingly common and expected by healthcare professionals.
Repeal of the ACA could force many who are mentally ill or substance abusers to go without care. The impact would be tremendous. One in five American adults has a diagnosable mental health problem in any given year and one in ten has a serious mental illness. Diminished access to mental healthcare would be catastrophic for tens of millions of Americans. Further, the economic cost of untreated mental illness, according to the National Alliance on Mental Illness, runs at more than $193 billion a year in lost earnings alone. The cost if less mental healthcare was covered by insurance would be at this point, immeasurable, but disastrous.
In addition to insurance coverage, we need to address the ways in which the Mental Health Parity and Addiction Equity Act (MHPAEA) will be integrated into any new legislation. The Centers for Medicare and Medicaid Services define the MHPAEA:
“The Paul Wellstone and Pete Domenici Mental Health Parity and Addiction Equity Act of 2008 (MHPAEA) is a federal law that generally prevents group health plans and health insurance issuers that provide mental health or substance use disorder (MH/SUD) benefits from imposing less favorable benefit limitations on those benefits than on medical/surgical benefits.”
Retaining the MHPAEA will ensure that those in need of mental health services and addiction treatment will have access to care.
Trump has spoken positively of the Comprehensive Addiction and Recovery Act (CARA) that was passed, but not fully funded, in 2016. He seems to recognize the need for quality mental health care and addiction services to be offered to keep Americans healthy and to stem the tide of accidental opioid overdose deaths that have claimed tens of thousands of American lives.
The problem with CARA is that it is meant to be paired with insurance from private carriers or the ACA. There is a great deal of consensus on how to treat opioid addiction for long term recovery. Short term interventions like medication assisted treatment (MAT) can be highly effective when used in conjunction with psychotherapy and other interventions. Without supportive care, the therapies in CARA might decrease overdose rates short term, but cannot be expected to make a real dent in the addiction problem. If CARA is funded but long-term, supportive mental healthcare is limited in the repeal of the ACA, America will waste millions of dollars funding only part of the solution to a deadly issue that is estimated to have killed more than 50,000 people in the USA in 2016.
At present, we can remain hopeful that key aspects of the ACA will be retained. If not, all of our healthcare institutions will need to move to figure out how we will continue to provide care to those who need it. As healthcare providers, our first course of action must be to treat the ill.
Sources:
Mental Health Statistics: National Alliance on Mental Health