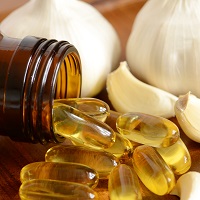 Reduced vitamin D levels may be related to multiple sclerosis (MS) risk, according to findings published in PLOS One.

A multifaceted team of researchers used Mendelian randomization to genetically reduce the possibility of confounding in order to evaluate whether or not there was a link between genetically reduced vitamin D levels and the susceptibility to MA. The patients were all participants in the Multiple Sclerosis Genetics Consortium study, and international group of almost 15,000 patients with MS and nearly 25,000 healthy controls. The authors explained that the randomization method they utilized allowed them to avoid the possibility of confounding or reverse causation.

The researchers said their observational evidence pointed towards the fact that lower vitamin D levels are linked to an increased risk of MS. However, the study did not evaluate whether vitamin D can modulate the course of MS after its onset.

However, one of the limitations of the study, the authors explained, was the range of assumptions the team made during the analysis (citing their study population – the research may not apply to patients outside of non-European ancestry). They didn’t expand on any other details in the press release describing the study.

The authors also noted that previous research conducted about the relationship between vitamin D and MS risk determined that there may be a link. They continued that a causal relationship would be difficult to pinpoints, though, because the patients that develop MS may have been influenced by other factors outside of isolating their vitamin D status.

Click here to sign up for more HCPLive® content and updates.
Related Coverage >>>
Neurodegenerative Biomarkers in Cerebrospinal Fluid Not Linked to Narcolepsy
Jamak Modaresi Esfeh, MD: Finding Hepatic Encephalopathy
No New Recommendations for Cognitive Screenings in Older Adults
You May Also be Interested in
Most Popular
The Fear of the Coronavirus, and the Reality of the Flu
Bempedoic Acid and Ezetimibe Combination Approved by FDA for Lowering LDL-C
Magic Johnson Celebrates Life 25 Years After HIV Diagnosis
Top 10 Painkillers in the US
Diabetes, Severe Obesity Increases Risk of Offspring Psychiatric Disorders