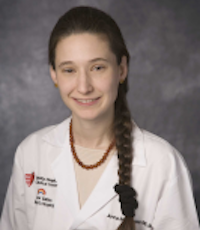 An effect from vitamin D could be more evident in black infants, they note, for having higher rates of both prematurity and prematurity-associated wheezing.

"Previous epidemiological work suggests that race may affect the relationship between vitamin D exposure and wheezing, leading to the design of the present study focusing exclusively on black infants,” researchers wrote.

In an accompanying editorial, Frank Greer, MD, Department of Pediatrics, University of Wisconsin School of Medicine and Public Health, Madison, elaborated on the rationale for this study population and intervention.

"In addition to recurrent wheezing, infants born prematurely are at high risk for other inflammatory lung diseases, including bronchopulmonary dysplasia and childhood asthma, which also may benefit from vitamin D supplementation," Greer noted..

Greer also found that while there have been few suitable clinical trials to support the beneficial effects of vitamin D supplementation on respiratory disease, the D-Wheeze study “is now one of these supporting studies that attempts to fill this important evidence gap.”

The study involved 300 black infants born at mean gestational age of 33 weeks and median birth weight of 1.9 kg. The infants were found to have multiple risk factors for wheezing, including high rates of asthma in the family, smokers in the home, and siblings younger than 5 years of age.

"No attempt was made to standardize the feeding protocol within or across centers," researchers wrote. "Thus, infants were fed fortified or unfortified human milk or a variety of infant formulas commonly used for preterm infants containing varying amounts of vitamin D."

The 2 vitamin D supplementation strategies were maintained through 6 months of age (adjusted for prematurity), and the primary outcome measure of parent-reported recurrent wheezing (more than 2 episodes of wheezing with or without an infection) was determined at 12 months' adjusted age.

Hibbs and colleagues found that 31.1% of infants in the sustained supplementation group experienced recurrent wheezing, compared to 41.8% of infants receiving the fortified diet. Neither group evidenced benefit in bone health or allergic disease.

"This study suggests a benefit of sustained supplementation with 400 IU per day with regard to recurrent wheezing, without an increase in allergy or eczema," researchers wrote.

Greer welcomed the findings, but added that additional research is necessary.

"Further follow-up studies of the infants (in this and 2 other cited studies) will be needed to determine whether the effects of prenatal or postnatal supplements of vitamin D on respiratory disease in infants are sustained and to inform practice guidelines," he wrote.

The study, "Effect of Vitamin D Supplementation on Recurrent Wheezing in Black Infants Who Were Born Preterm," was published online in JAMA last week.

Click here to sign up for more HCPLive® content and updates.
Related Coverage >>>
FDA Announces First ProAir HFA Approval
Katie Marks-Cogan, MD: Setting a Pediatric Food Allergy Prevention Strategy
Gut Microbiota Could Be a Biomarker for Pulmonary Arterial Hypertension
You May Also be Interested in
Most Popular
The Fear of the Coronavirus, and the Reality of the Flu
Federal Funding in Pain Research Falls, But Project Pipeline Grows
Opinion: Fellow Physicians, Please Stop Devaluing Your Medical License
Data Support Long-Term Efficacy for Opioid Therapy for Chronic Non-Cancer Pain
Top 10 Painkillers in the US