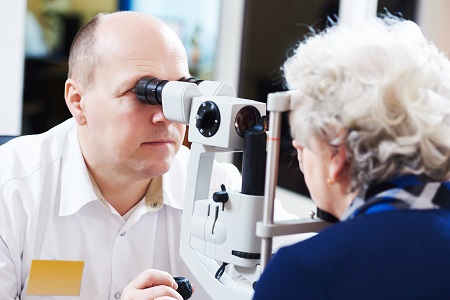 This article, “Vision Problems May Be Common in Parkinson Disease,” was originally published on NeurologyLive.

Results of a new study have uncovered a link between the development of Parkinson disease and an increase in ophthalmologic symptoms that impact a patient’s day-to-day activities.

The study, which included 848 patients with Parkinson and 250 healthy controls, showed that 82% (n = 695; 95% CI, 80–85) of those with disease had ≥1 ophthalmologic symptom in comparison with 48% (n = 120; 95% CI, 42–54) of the control group (F1 = 118.53; P <.001). Study author Carlijn D.J.M. Borm, MD, of Radboud University Medical Centre in Nijmegen, The Netherlands, and colleagues noted that screening questionnaires like the Visual Impairment in Parkinson's Disease Questionnaire (VIPD-Q)—which the study utilized—may aid in recognizing these vision problems, thus improving timely treatment.

“Eye problems make it more difficult for people with Parkinson’s to physically navigate daily life, for example, we found that half of study participants experienced problems with reading, and 33% had eye problems that interfered with driving a car,” Borm said. “People with Parkinson’s who express that they have eye problems should be referred to a specialist for further evaluation. For those who do not express such problems, using a questionnaire to screen for problems that may otherwise be missed might allow for recognition, timely treatment and improving the quality of life.”

Click here to sign up for more HCPLive® content and updates.
Related Coverage >>>
Strabismus in Children Associated With Lower Quality of Life
Coronavirus and Ophthalmology Best Practices with Rishi Singh, MD
ACC House Call: Usability of Novel VTE Risk Score with Deepak Bhatt, MD
You May Also be Interested in
Most Popular
ACR Issues Recommendations for Hydroxychloroquine Use for COVID-19
Flu Cases Near 30 Million in the US, CDC Reports
POPular-TAVI: Concomitant Antiplatelet Use Increases Bleeding Risk
Comparing RT-PCR and Chest CT for Diagnosing COVID-19
Gastrointestinal Issues Could Help Diagnose Coronavirus