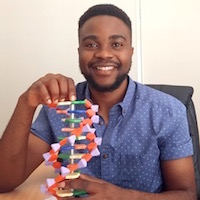 Makutiro Masavuli
Many recent advancements in the treatment of hepatitis C virus (HCV), especially the availability of direct acting antivirals (DAAs), have resulted in short treatment duration, high cure rates, and minimal side effects for patients infected with HCV.

The main drawbacks of DAA therapy include the high treatment cost (up to $147,000 for 1 course of therapy) and the inability of the treatment to prevent reinfection — especially in high risk populations such as intravenous drug users.

Researchers believe that the long-term solution lies in a vaccine to prevent HCV — especially in high risk groups, where an effective vaccine has been projected to prevent infection in 50% to 80% of recipients.

Makutiro Masavuli, a PhD candidate at the University of Adelaide in Australia whose research is currently focused on the development of an HCV vaccine, reviewed potential candidates in preclinical development for an HCV vaccine in an article published last month.

There are several reasons why there has been no successful HCV vaccines to date, including both the high genetic variability of the virus genome and the unavailability of “suitable small animal models that can mimic HCV infection of humans,” the researchers noted.

In addition, many traditional methods of vaccine development, such as using a killed or live-attenuated HCV, carry too much risk to be tested and used in humans.

“These shortcomings have led to the development of experimental vaccines which include DNA vaccines, recombinant (non-pathogenic) vectors, proteins and virus like particles (VLPs),” researchers wrote. “Despite the many obstacles that impede the development of these vaccines, several studies involving VLP-based vaccine candidates have already generated promising results in preclinical studies.”

The BEVS/IC system is especially promising, as one of the two currently available human papillomavirus (HPV) vaccines (Cervarix) was developed and produced using this system. The biggest drawbacks of the BEVS/IC system are the high cost and difficulty in scaling up the procedure for manufacture of a vaccine product.

Masavuli concluded that the path to a HCV vaccine is yielded by the virus’ virulent nature and its evasiveness to immune responses.

“However, advances in technology and our understanding of the natural course of HCV infection, the pathogenetic mechanisms, and the immunological markers which correlate with resolution of infection or protection, provide useful information for vaccine design,”researchers wrote.

The article, “Preclinical Development and Production of Virus-Like Particles As Vaccine Candidates for Hepatitis C,” was published online in Frontiers in Microbiology last month.

Click here to sign up for more HCPLive® content and updates.
Related Coverage >>>
How COVID-19 Affects Children and Pediatric Care
How ACE2 Reduction Associated with Aging Affects COVID-19 Severity
Online Survey Reveals Patient Knowledge, Misperceptions About COVID-19
You May Also be Interested in
Most Popular
Limited Supply of Chloroquine, Hydroxychloroquine Could Affect COVID-19 Use
Flu Cases Near 30 Million in the US, CDC Reports
Comparing RT-PCR and Chest CT for Diagnosing COVID-19
Gastrointestinal Issues Could Help Diagnose Coronavirus
Why Does This Patient Have a Hyperlucent Right Lung and Rib Deformities?