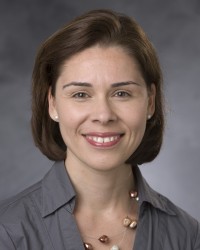 Results of a randomized, multicenter clinical trial examining the efficacy and cost-effectiveness of virtual rehabilitation for patients after undergoing total knee arthroplasty (TKA) could have major implications as telemedicine becomes more commonplace.

With rates of TKA skyrocketing in recent years, investigators from Duke University conducted a randomized trial involving 306 patients across 4 clinical sites in North Carolina. Patients included in the study were randomized in a 1:1 ratio to virtual physical therapy or usual care for 3 months following TKA.

Of the 306 who underwent randomization, which took place between November 2016 and November 2017, 287 completed the trail—143 in the virtual physical therapy group and 144 in the usual care group. Patients randomized to virtual physical therapy had the Virtual Exercise Rehabilitation Assistant (VERA) system from Reflexion Health installed in their homes prior to surgery.

In short, the VERA system activity, performance, exercise quality, and adherence of patients when using the system. Per the study protocol, all participants had hospital admission, surgery and discharge dates, discharge destination, pain score, 10-m gait speed, and inpatient falls at discharge from surgery. Investigators noted gait speed and measured knee flexion and extension were measured at the 6-week clinic visit.

When examining other secondary endpoints, virtual therapy proved to be noninferior in regard to knee extension, knee flexion, and gait speed at 6 weeks. Virtual therapy was also noninferior to usual care when evaluating pain and hospital readmissions at 12 weeks. Investigators pointed out that falls were increased in the virtual therapy group compared to those in the usual care group (difference, 4.83%; 90% CI, −2.60 to 12.25).

This study, titled “Effects of Virtual Exercise Rehabilitation In-Home Therapy Compared with Traditional Care After Total Knee Arthroplasty,” was published in The Journal of Bone and Joint Surgery.

Click here to sign up for more HCPLive® content and updates.
Related Coverage >>>
Surgical Site Infections Common After Gynecological Laparoscopies
New Device Could Prevent Severe Bleeding, Hemorrhage After Surgery
FDA Requests More Non-Clinical Information for HTX-011
You May Also be Interested in
Most Popular
Denise Daley, PhD: Early Asthma Interventions for Infants
E-patients: What You Need to Know and How You Can Help Them
View From the Trenches: Does Patient Portal Data Entry Work?
Top 10 Painkillers in the US
Flu Cases Near 30 Million in the US, CDC Reports