Viagra Can Help Cardiovascular Health in Men With Type 2 Diabetes 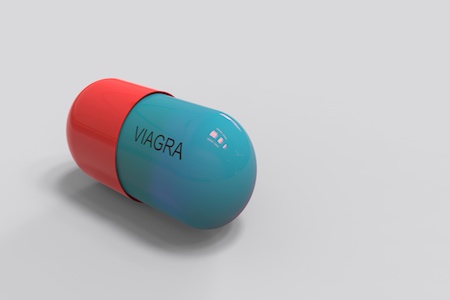 Diabetes is one of many risk factors associated with poor cardiovascular health – reports show diabetes patients are almost 50% more likely to develop heart disease. For men afflicted with type 2 diabetes and at high risk for heart attacks; however, relief might be found in an unlikely source – the erectile dysfunction drug Viagra (sildenafil).

According to Andrew Trafford, PhD, Institute of Cardiovascular Sciences at the University of Manchester in the US, prior studies have indicated that phosphodiesterase type 5 inhibitors (PDE5 inhibitors) like Viagra could possess benefits for heart health. Trafford and team conducted a study to investigate the relationship between PDE5 inhibitors and the reduced risk of heart attack and mortality among men with erectile dysfunction and type 2 diabetes.

Their study assessed electronic health records collected from 2007-2015 of 5,956 men (40-89 years old) who were diagnosed with type 2 diabetes. The team noted that the 1,359 men prescribed PDE5 inhibitors for erectile dysfunction were at a 31% lower risk of all-cause mortality during the 6.9 years of follow-up.

According to the researchers, the major findings from the study were: Study authors expressed that the “strong relationship between PDE5 inhibitor use and lower mortality in type 2 diabetes” warrants immediate investigation because of the potential for clinical benefits beyond erectile dysfunction treatment.

Trafford had commented in a news release, “Having diabetes is a major risk factor for heart disease so any treatments that could reduce that risk are urgently needed, Erectile dysfunction treatments like Viagra are already licensed for use son, if clinical trials provide further evidence of a life-saving benefit, it might be possible to start treating people with this drug in the not too distant future.”

Viagra Could Spike Growth of Skin Cancer
Diabetics Need Not Avoid Butter
Asian Americans More Likely to be Diabetic, Less Likely to be Aware Of it