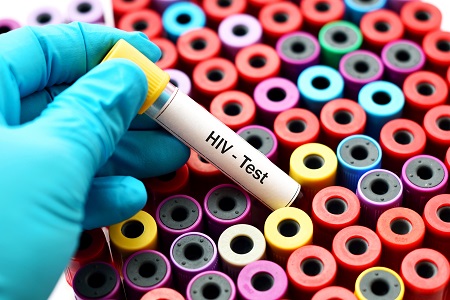 Although men who have sex with men make up the majority of cases of existing and new human immunodeficiency virus (HIV) infections, heterosexual partners are still at risk. Studies have long determined that a woman is more likely to contract HIV from a man than vice versa, so finding an effective prevention method is crucial for high-risk women.

The National Institute of Allergy and Infectious Diseases (NIAID), part of the National Institutes of Health (NIH), funded a phase 3 trial in order to assess an experimental vaginal ring for HIV prevention. The study, known as ASPIRE or MTN-020, was presented at the HIV Research for Prevention (HIVR4P) meeting in Chicago, Illinois.

The vaginal ring was designed to continuously releases dapivirine, an anti-HIV drug. To test the monthly inserted ring, 2,629 women ages 18 to 45 were recruited from South Africa, Uganda, Zimbabwe, and Malawi. They were randomly assigned to either receive the dapivirine ring or placebo.

The risk of HIV infection dropped by 27% for the women who received the dapivirine ring. For those who used the ring with greater frequency, their risk dropped by at least 56%, and consistent use provided up to a 75% or higher risk decrease.

Two hundred and fourteen of the participants were interviewed about their sexual experiences during ASPIRE. Not only does this ring appear to be safe, but it also seems practical for everyday life. The women were asked, “How worried are you about having a vaginal ring inside you every day for at least a year?” At the start of the study, 29% of the participants voiced concerns, but only 4% did so at the final follow-up.

“Women enrolled in the MTN-020/ASPIRE study reported that the experimental vaginal ring generally did not interfere with sexual intercourse, which is an encouraging sign that this product could appeal to a larger group of women at risk for HIV infection,” NIAID Director Anthony S. Fauci, MD, said in a news release.

Most of the women said that the ring didn’t negatively impact actually having sex, but some said that they limited certain positions or receiving oral sex. Some women also expressed that they were constantly thinking about how their male partners would react if they knew about it. Because of this, some women didn’t adhere to the researchers’ recommendation and removed the ring before having sex. Granted, 64% of the women told their partners about the ring from the start, but 13% never told them at all.

“While we have found that most women do disclose ring use to their primary partners, it is reassuring that adherence is not affected for the significant minority of women who choose to use it more discreetly,” said lead investigator Thesla Palanee-Philiips, MMedSci, PhD, MSc, director of Network trials at the Wits Reproductive Health and HIV Institute in Johannesburg, South Africa.

Further research on the vaginal ring’s safety and adherence is already underway in the extension study, MTN-025, launched in July 2016.

Related Coverage:
Late HIV Testing Drives Transmission Rates
The Most Dominant HIV Subtype Is Also the Weakest
Study Gets to the Nitty-Gritty of HIV, Tuberculosis Coinfection

Click here to sign up for more HCPLive® content and updates.
Related Coverage >>>
Kenneth Koblan, PhD: Gaps in Treatment for Bipolar Depression
Insufficient Data to Accurately Monitor Most At-Risk Communities for Flu
Baloxavir Effective in Preventing Spread of Flu
You May Also be Interested in
Most Popular
Denise Daley, PhD: Early Asthma Interventions for Infants
Baloxavir Effective in Preventing Spread of Flu
When to Suspect Diarrhea is Symptom of a Clostridium Difficile
Top 10 Painkillers in the US
AIDS, Ebola, now Zika: What's Next for Anthony Fauci, MD