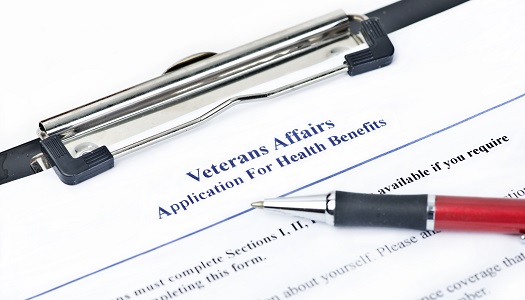 High cure rates of hepatitis C have been documented using new drug regimens given to patients under care of the US Department of Veterans Affairs (VA).

“This promising news comes as VA is dedicating significant funds to help greater numbers of patients with hepatitis C,” David Shulkin, MD, the VA under secretary for health, stated in a news release. “In March, we announced our ability to fund care for all Veterans with hepatitis C for fiscal year 2016 regardless of the stage of the patient’s liver disease. VA has long led the country in screening for and treating hepatitis C.”

The study reviewed anonymous data on patients under VA care who were treated with hepatitis C direct-acting antiviral (DAA) medicine between January 2014 and June 2015, using a national repository of data from VA computerized records. Chronic infection of the hepatitis C virus can lead to serious liver damage, including cirrhosis and liver cancer.

The data base included patients who were given one of three new drugs—sofobuvir (Sovaldi/Gilead Sciences), ledipasvir and sofosbuvir (Harvoni/Gilead Sciences), and paritaprevi, ritonavir, ombitasvir, and dasabuvir (Viekira XR/AbbVie). Overall, results reflected success rates seen in clinical trials of those drugs, which were approved by the US Food and Drug Administration (FDA) in the past few years.

Modern DAAs that treat hepatitis C have made headlines since the first drug was approved in late 2013. This was due to the fact that they showed to work faster and have higher success rates for curing the blood-borne virus than more traditional, interferon-based regimens. The new drugs also generated recurring controversy surrounding, what many consider, the high cost of treatment.

Boosted by additional congressional funding, the VA announced in March 2016 that it would provide treatment to all veterans chronically infected with the virus. At that time the VA said it had allocated $696 million in 2015 for hepatitis C treatment and expected to spend roughly $1 billion in fiscal year 2016.

By the fall of 2016, more than 100,000 veterans infected with hepatitis C had received treatment, with 68,000 treated with the “new highly effective antivirals”, Shulkin said in the statement.

“Of the more than 17,000 Veterans in the study, all chronically infected with the hepatitis C virus at baseline, 75% to 93% had no detectable levels of the disease in their blood for 12 or more weeks after the end of treatment,” the news release said. “The therapy regimens lasted eight to 24 weeks, depending on patient characteristics.”

The VA study examined results from new drug regimens that are considered more tolerable than interferon-based treatment. The findings showed “surprisingly high” response rates of roughly 87% among 11,000 patients who had or were likely to have cirrhosis.

The news release was provided by the VA. The study, “Effectiveness of Sofosbuvir, Ledipasvir/Sofosbuvir, or Paritaprevir/Ritonavir/Ombitasvir and Dasabuvir Regimens for Treatment of Patients With Hepatitis C in the Veterans Affairs National Health Care System,” was published in the journal Gastroenterology.