Ustekinumab Successful as a Target Therapy for Crohn's Disease 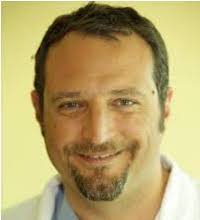 Investigators may soon add another use for ustekinumab (Stelara) as a treat-to-target therapy for Crohn’s disease patients.

During the 5th Congress of the European Crohn's & Colitis Organization (ECCO) in Vienna, Austria, investigators from Italy presented interim data comparing a treat-to-target maintenance treatment strategy against standard of care from the phase 3B STARDUST open label study.

After 16 weeks, 79% of patients with moderately to severely active Crohn’s disease achieved a clinical response and 67% were in clinic remission after treatment with ustekinumab.

After 16 weeks, the investigators randomized patients with CDAI scores reduced by ≥70 points to treat-to-target  or standard of care treatment arms. The analysis included 82 of the 94 patients enrolled in the intestinal ultrasound (IUS) substudy.

Baseline characteristics were similar to those in the main STARDUST study population. Overall, intestinal ultrasound response and remission rates at week 16 were 33.8% and 11.3%, respectively.

The most affected segments were ileum in 66% of the study population and colon in 34% of patients, with better outcomes found in the colon.

In the study, patients received a ~6 mg/kg intravenous dose, followed by a single 90 mg subcutaneous dose of ustekinumab.

“Crohn's disease patients may respond to treatment while continuing to experience internal inflammation that can cause irreversible damage,” Silvio Danese, MD, PhD, Head of the Inflammatory Bowel Diseases Center at Humanities Research Hospital and principal investigator, said in a statement. “These patients may benefit from a more proactive, robust treatment approach and less invasive monitoring methods.”

During the American College of Gastroenterology’s Annual Scientific Meeting (ACG 2019), investigators at University of North Carolina, however, reports on findings from a retrospective cohort study of patients who lost response to ustekinumab after the initial IV induction and subcutaneous maintenance therapy.

In the study, a total of 372 patients received ustekinumab between 2016 and 2019, 18 (5%) of whom experienced secondary loss of response to the initial IV regimen and required a second IV loading dose.

In the reinduction group, the median age of diagnosis for Crohn's disease was 20.5 years and median duration of disease was 14 years. These 18 patients had all failed prior biologic therapy and were put on ustekinumab as second line (22%), third line (27%), fourth line (33%), fifth line (6%), or sixth line therapy (11%).

Investigators observed clinical response in 15 patients (83%) who underwent the second IV reinduction. Three patients (17%) did not respond and were taken off the therapy. Five (33%) of the 15 patients receiving a second loading dose of ustekinumab continued every 8-week dosing, 6 (40%) continued 6-week dosing, and 4 (27%) required dosing every 4 weeks.

The study, “DOP10 Intestinal ultrasound response and transmural healing after ustekinumab induction in Crohn’s disease: Week 16 interim analysis of the STARDUST trial substudy,” was published online in the Journal of Crohn’s and Colitis.