US Ranks 29th in Global Healthcare Access and Quality Index 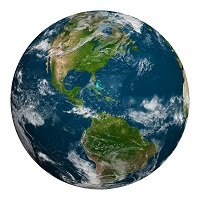 In a global ranking of personal health care access and quality, the United States came in at a respectable, but possibly surprising place – 29th out of 195 countries. This put the US in the 9th decile along with countries including the UK, Malta, Lebanon, Singapore, and South Korea.

The HAQ Index encompasses 32 causes of death considered to be avoidable provided that quality healthcare is available. These causes include a range of health service areas: vaccine-preventable diseases; infectious diseases and maternal and child health; non-communicable diseases, including cancers, cardiovascular diseases, and diabetes; and gastrointestinal conditions from which surgery can easily avert death, such as appendicitis.

Across the globe, health care access and quality improved between 1990 and 2016. Additionally, many countries in sub-Saharan Africa and southeast Asia accelerated their gains from 2000 to 2016, compared to the previous period.

“The global perspective of the study by Lozano and colleagues shows the magnitude of the gaps of health-care access and quality among 195 countries,” said Svetlana V. Doubova, MD, MSc, DSc, and Ricardo Pérez-Cuevas, MD, Msc, DrSc, in a commentary on the study.

Data for Japan show the smallest subnational disparity, a 4.8 difference, while the US scores were over twice as high. In the US, Mississippi had the lowest HAQ Index score (81.5 [78.6 – 84.2]) while the highest scores were seen in a few northeastern states, Minnesota, and Washington state.

“State-level differences in the USA could be linked to the country’s widely acknowledged challenges in providing good health-care access to all populations, and disparities in the quality of care found in its poorer regions,” said study authors, led by Rafael Lozano, MSc, MD, Director of Health Systems & Strategic Analytics and professor of global health at the Institute for Health Metrics and Evaluation at the University of Washington.

The study authors emphasized the increasing importance of measuring health care assess and quality across the globe.

“In particular, the use of amenable mortality—deaths from causes that should not occur in the presence of effective medical care—to approximate national levels of personal health-care access and quality has gained greater traction. Amenable mortality metrics are thought to provide a strong signal of what can or should be addressed by the receipt of effective health care, and thus performance on overall personal health-care access and quality,” said Lozano et al.

The study, “Measuring performance on the Healthcare Access and Quality Index for 195 countries and territories and selected subnational locations: a systematic analysis from the Global Burden of Disease Study 2016,” was published in The Lancet and funded by the Bill & Melinda Gates Foundation.