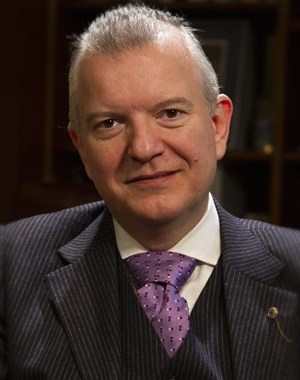 A British biotechnology firm and its American partner have received permission from British regulators to pursue a cannabis-based treatment for patients with multiple sclerosis (MS).

Axim Biotechnologies Inc., based in New York, has been working to develop its cannabis-based MedChew Rx pharmaceutical chewing gum into a drug to treat pain and spasticity in MS patients. The gum is a formulation of 5 mg of cannabidiol and 5 mg of tetrahydrocannabidiol.

Axim partnered with Quay Pharmaceuticals Ltd., a British firm, to develop the product at facilities in the United Kingdom. In order to do so, they required permission from the British Home Office, which has authority over the import and export of controlled substances.

“It is a very exciting development process we have embarked on with Axim and we are delighted to be supporting them on their range of projects. The development of the MedChew Rx gum will be carefully formulated to ensure that the drugs are preferentially absorbed orally within a specific window of time to provide the best therapeutic outcome for the patients,” said Maireadh Pedersen, chief executive officer of Quay.

According to Axim, its proprietary extraction and purification methods allow for pharmaceutical-grade cannabinoids that are 99.9% pure. Axim’s business model is to leverage that process and partner with outside firms who procure cannabis strains and purify them into pharmaceutical grade cannabidiols. In addition to pharmaceuticals, Axim also is developing neutraceuticals and oral health products, among efforts.

The company believes the cannabis gum could have multiple indications, but for now they are focused on multiple sclerosis. In a press release, the company noted that the global MS treatment market is expected to reach $20 billion by 2024, thanks in part to rising rates of MS diagnosis in the US, western Europe, China, and Asia.

Anastassov said the company’s primary goal right now is to ensure its development proceeds in line with regulatory mandates from the US Food and Drug Administration and the European Medicines Agency. They plan to partner with a Dutch university for Phase 3 clinical trials, which could be completed as soon as next year.

Medical marijuana has been a hot topic in the multiple sclerosis community for years. The National Multiple Sclerosis Society has come out in support of physician-approved access to marijuana for MS patients in states where medical marijuana is legal. However, the society has also called for more research to determine exactly when and how marijuana can help MS patients.

However, studies have also shown that marijuana can impair cognition in MS patients.

The American Academy of Neurology has sounded a similar note of caution to that of the MS society. They say cannabis-based treatments are probably effective for some symptoms, however they noted that the long-term effects of marijuana use on MS patients are not yet known.

How Much Do We Really Know About Marijuana, Alcohol, and Multiple Sclerosis?

Click here to sign up for more HCPLive® content and updates.
Related Coverage >>>
FDA Approves Tau Imaging Agent for Alzheimer Disease
FDA Approves Minocycline Topical Foam for Rosacea
Jelena Kunovac, MD: Aripiprazole Lauroxil to Treat Schizophrenia
You May Also be Interested in
Most Popular
Immunotherapies at the Forefront of COVID-19 Treatment Research
Top 10 Painkillers in the US
The Sad Truth about Bankruptcy
Get Carried Away with Transportation Investing
Online Options for Charitable Shopping