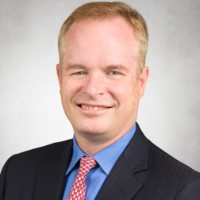 A team, led by William J. Sandborn, MD, Division of Gastroenterology, University of California San Diego, evaluated the efficacy and safety of upadacitinib in patients with Crohn’s disease.

In the randomized, double-blind, phase 2 trial, the investigators tested 220 adults with moderate to severe Crohn’s disease who had an inadequate response or intolerance to immunosuppressants or tumor necrosis factor antagonists. Equal amounts of patients received either 3, 6, 12, or 24 mg of the oral selective Janus kinase 1 inhibitor, or a placebo twice daily or 24 mg upadacitinib once daily.

The investigators evaluated patients with a ileoncolonoscopy at weeks 12 or 16 for the induction period. Patients who completed week 16 were then re-randomized to a 36-week period of maintenance therapy with upadacitinib.

The investigators sought primary endpoints of clinical remission at week 16 and endoscopic remission at week 12 or 16 using the multiple comparisons procedure and modeling and the Cochran-Mantel0Haenszel test, with a 2-side level of 10%.

The investigators also found that only endoscopic remission increased with dose during the induction period and efficacy was maintained for most endpoints through week 52.

“In a phase 2 trial of patients with CD, upadacitinib induced endoscopic remission in a significant proportion of patients compared with placebo,” the authors wrote. “Upadacitinib’s benefit/risk profile supports further development for treatment of CD.”

The study, “Efficacy and Safety of Upadacitinib in a Randomized Trial of Patients With Crohn’s Disease,” was published online in Gastroenterology.

Click here to sign up for more HCPLive® content and updates.
Related Coverage >>>
Kenneth Koblan, PhD: SEP-4199 Showing Promise Treating Bipolar Depression
Laparoscopic Ileocecal Resection Comparable to Anti-TNF's for Crohn's Disease
Polygenic Risk Score Could Better Predict Severe COPD Risk
You May Also be Interested in
Most Popular
Denise Daley, PhD: Early Asthma Interventions for Infants
Immunosuppressive Agents for MS Can Be Lethal in Chagas Disease
Consequences of Poor Sleep in the Elderly
Why Do Some People Get HIV After Exposure But Others Don't?
Top 10 Painkillers in the US