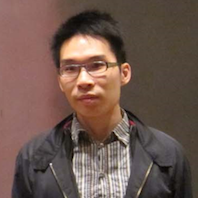 Mu-Hong Chen, MD
A recent study published in The Journal of the American Academy of Child and Adolescent Psychiatry points to an important reason to consider seeking treatment for attention deficit hyperactivity disorder (ADHD): prevention of sexually transmitted infections (STIs) — for men, at least.

As diagnoses of ADHD become more and more common, many patients and parents are concerned about overmedication and are reluctant to treat the disorder. Some receive only behavioral therapy, while many don’t seek any treatment at all.

The 3 primary characteristics of ADHD are hyperactivity, inattention and impulsivity. Together, these characteristics can lead to problematic and potentially dangerous decision-making.

Recent studies suggest an association between an ADHD diagnosis and an increased risk of developing substance abuse disorders or STIs, however, the studies used small samples and yielded mixed results.

Scientists at the National Yang-Ming University utilized the Taiwan National Health Insurance Research Database which contains registration files and claims for 99.9% of Taiwan’s population. Data were examined from 17,898 adolescents and young adults (ages 12–29) who were diagnosed with ADHD, and 71,592 age and sex-matched non-ADHD controls who did not have STIs prior to enrollment. The patients were followed from 2001–2009.

The researchers found that patients who were diagnosed with ADHD were about 3 times more likely (1.2% versus 0.4%) than their peers to contract an STI, and that treating the disorder with long-term use of medication attenuated this risk by 40%. Short-term use also mitigated the risk, but only by 31%.

This is especially important in Taiwan, where many patients and parents are concerned about overmedication and only 16% of ADHD patients use long-term medication to treat their disorder.

There was a catch — when researchers analyzed the data for males and females separately, they found no such protections for female patients, suggesting that male and female ADHD patients may respond differently to medication.

Scientists urged that more research needs to be conducted to understand this difference in treatment response, and to develop better ways to protect female patients.

Researchers note several limitations of the study, especially a reluctance in Taiwan to seek treatment for ADHD or STIs. The Taiwan National Health Insurance Research Database only identifies those patients who sought treatment for ADHD or STIs so many undiagnosed cases are likely to have been excluded. There may be behavioral differences between those patients who seek treatment and those who don’t.

The study’s lead author emphasized the importance of these findings for clinical psychologists and providers who treat patients with ADHD.

“Increasing evidence supports an association between ADHD and various health-risk behaviors, such as risky driving, substance abuse and risky sexual behaviors,” Mu-Hong Chen, MD, Taipei Veterans General Hospital and the College of Medicine, National Yang-Ming University, Taipei, said in a statement. “Clinical psychiatrists [should] focus on the occurrence of risky sexual behaviors and the risk of STIs among patients with ADHD, and emphasize that treatment with ADHD medications may be a protective factor for prevention of STIs.”

The study, “Sexually Transmitted Infection Among Adolescents and Young Adults with Attention-Deficient/Hyperactivity Disorder: A Nationwide Longitudinal Study” was published in in The Journal of the American Academy of Child and Adolescent Psychiatry in January 2018.