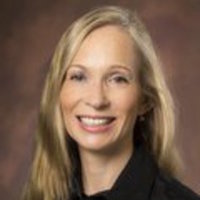 Nancy Reau, MD
New research out of France suggests it would be cost-effective to screen everyone for hepatitis C virus (HCV), finding that the benefits of early detection and treatment would outweigh the costs of treatment.

In Europe, as in the US, HCV screening is limited to individuals in high-risk categories. A team of French researchers sought to find out whether such a plan is uniquely cost-effective, or whether broader screening would be more beneficial.

To evaluate the question, the team developed a mathematical model of HCV prevalence in France, transmission rates, quality of life years, and other data to determine the impact of 5 different scenarios, ranging from the current strategy of only screening high-risk individuals, to a universal screening strategy targeting all adults ages 18-80.

The model posited two treatment scenarios after a diagnosis of chronic hepatitis C (CHC): treatment once the patient was at fibrosis stage F2 or greater, and treatment regardless of fibrosis stage.

The results were clear.

“Universal screening led to the lowest prevalence of CHC and incidence of events, regardless of treatment initiation,” wrote the study’s authors, led by Sylvie Dueffic-Burban, PhD, of Paris Diderot University.

In fact, among the 40-80-year-old age group, if treatment were initiated at or after stage F2, universal screening was the only cost-effective option. If treatment were initiated for all patients, regardless of fibrosis stage, universal screening of all ages (18-80) was more cost-effective than limiting it to the 40-80 population, and met both incremental cost effectiveness thresholds used in the study.

“Universal screening is cost-effective when treatment is initiated regardless of fibrosis stage,” the researchers wrote. “From an individual and especially from a societal perspective of HCV eradication, this strategy should be implemented.”

In the US, the US Preventive Services Task Force is currently in the process of reviewing its recommendations on HCV screening. However, the most recent recommendations, issued in 2013, called only for screening people in high risk categories, such as people who inject drugs.

However, the report did recommend offering universal screening for 1 particular age group: those born between 1945 and 1965. The task force said people born in that time frame have a disproportionately high likelihood of being infected with HCV, perhaps due to blood transfusions provided before blood was screened for HCV, or perhaps due to high-risk behaviors earlier in their lives.

Nancy Reau, MD, an HCV specialist at Rush University Medical Center and a member of the American Liver Foundation’s National Medical Advisory Committee, told MD Magazine® that universal screening in the US would go a long way towards reducing stigma around HCV and identifying those in need of care.

“However, even if you could capture the population, the benefit would only be realized if there was no barrier to access to therapy,” she said. “Given the current climate in the US where access to care is unstable it seems unlikely that this could be a serious discussion.”

Reau also noted that the incentive is the highest if the patient who receives the early detection and treatment stays with the same insurer or provider over the long term, long enough to reap the benefits of that early investment.

“Only a health system that retains a patient over a long period of time will benefit from the investment of early treatment,” she said. “In other words, if the individual will be the payers responsibility for decades, the health system gains on the cost of screening and treatment.”

That’s why the Centers for Medicare and Medicaid Services, the Department of Veterans Affairs, and Kaiser Permanente are among the most open to such discussions, Reau said.

The study, “Assessing the cost-effectiveness of hepatitis C screening strategies in France,” was published in the Journal of Hepatology.

Click here to sign up for more HCPLive® content and updates.
Related Coverage >>>
How Will COVID-19 Change Pediatric Care?
Brian LaMoreaux, MD: Practicing Rheumatology During and After COVID-19
COVID-19 Lockdown Having an Impact on Adolescent Mental Health
You May Also be Interested in
Most Popular
Positive Results Treating Active Psoriatic Arthritis with Upadacitinib
Adverse Effects of Hydroxychloroquine, Chloroquine, and Azithromycin
Magic Johnson Celebrates Life 25 Years After HIV Diagnosis
FUND SIZE MAY MATTER
Top 10 Painkillers in the US