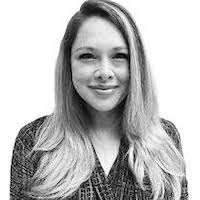 The first study to evaluate the cost-effectiveness of hepatitis C virus (HCV) screening among pregnant women in the US in the era of direct-acting antiviral (DAA) treatment demonstrates that it would be "highly" cost effective, even in states with low HCV prevalence. The investigators called for the currently disparate guidelines to recommend implementation across the board.

Martin and colleagues pointed out that there is disagreement about HCV screening in pregnancy between US clinical guidelines, even though HCV infection has doubled among pregnant women in the US from 2009-2014. In addition, they noted, despite the high rate of sustained virologic response (SVR) attained with DAA treatment, which is equated to cure, "the majority of these women remain undiagnosed and unlinked to care."

"Current AASLD/IDSA (American Association for the Study of Liver Diseases/Infectious Diseases Society of America) guidelines recommend universal HCV screening among pregnant women, but Society for Maternal-Fetal Medicine (SMFM), American College of Obstetricians and Gynecologists (AGOC), and the Centers for Disease Control and Prevention (CDC) guidelines do not," Martin explained.

"Recently, Kentucky became the first state to mandate HCV screening in this population. Consequently, aside from in Kentucky, pregnant women are not routinely screened for HCV despite the increasing burden of HCV in this population," she said.

To inform HCV screening policy and practice, Martin and colleagues assessed the cost-effectiveness of HCV screening during pregnancy along with treatment after the pregnancy consistent with state-based Medicaid fibrosis restrictions. Universal screening in this population was compared to background risk-based screening from a public sector healthcare payer perspective. In addition to evaluating long-term health benefits among pregnant women, they analyzed potential impact of HCV diagnoses among children born to HCV infected mothers.

The investigators reported that universal antenatal screening was cost-effective in all treatment eligibility scenarios, with a mean incremental cost-effectiveness ratio (ICER) of <$3000/quality-adjusted life year (QALY) gained. Screening remained cost effective with prevalence per 100 births as low as 0.7 (corresponding to the prevalence in Hawaii, the estimated lowest in the US, and contrasting to highest of 2.2% in Tennessee).

"Universal screening for HCV among pregnant women in the US is cost effective and should be recommended nationally," the investigators urged.

Screening the approximately 5.04 million women pregnant in the US in 2018 would result in detection and treatment of approximately 33,000 women, based on current fibrosis restrictions, they noted.

"For many women, pregnancy is one of the few times in contact with the health system and covered by health insurance," Martin commented, "and therefore could provide a critical window of opportunity to reach this population."

The study, “Cost-Effectiveness of Universal Hepatitis C Virus Screening of Pregnant Women in the United States,” was published in Clinical Infectious Diseases.