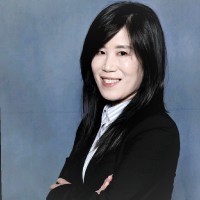 In the survey, 103,789 participants were interviewed face-to-face with computer assistance and completed a questionnaire that consisted of 6 sections—household, family, person, sample child, injury episode, and sample adult.

The sample adult survey included 33,672 participants who were non-institutionalized adults between 18-85 years old.

The investigators categorized each patient’s body mass index and used bivariate and multivariate logistic regression to assess 26 foods. They found eating patterns between IBD and non-IBD populations were mostly analogous.

The team found French fries were consumed by a greater number of people with IBD. They also found individuals with the disease drank less 100% fruit juice and ate more cheese and cookies than the general population.

“We conclude that a 4-week diet low in FODMAPs is safe and effective for managing persistent gut symptoms in patients with quiescent IBD,” the authors wrote.

Ultimately, foods commonly considered to be “junk food” are positively associated with IBD.

The investigators concluded it is unclear whether the results reflect potential changes in diet and food intake in the IBD population long before the survey interview.

“Understanding the role of food intake in IBD risk/prevalence would benefit from identifying other environmental factors (i.e. food desert), food processing (i.e. frying), and potential bioactive food components that can induce intestinal inflammation that can increase the individual’s susceptibility to IBD,” the authors wrote.

While a definitive cause for IBD is not known, the disease is strongly associated with a genetic predisposition, gut microbiota composition, and altered innate and adaptive immune responses.

The study, “Examination of food consumption in United States adults and the prevalence of inflammatory bowel disease using National Health Interview Survey 2015,” was published online in Plos One.