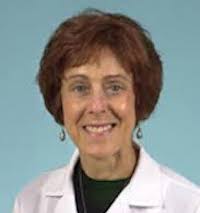 A team, led by Marilyn J. Siegel, MD, Mallinckrodt Institute of Radiology at the Washington University School of Medicine, assessed whether a heterogeneous pattern on research liver ultrasound examination can identify children at risk for the disease.

The investigators presented data from a planned 4-year interim analysis of a 9-year multicenter, case controlled cohort study dubbed the Prospective Study of Ultrasound to Predict Hepatic Cirrhosis in CF.

In the study, children with pancreatic insufficient cystic fibrosis between 3-12 years old without known cirrhosis, Burkholderia species infection, or short bowel syndrome were included in the study and underwent a screening research ultrasound examination.

Participants with a heterogeneous liver ultrasound pattern were then matched by age, Pseudomonas infection status, and center in a 1:2 ratio with patients with a normal pattern.

All participants with at least 1 follow-up research ultrasound was included and there were no differences in age or sex between the 2 groups at entry.

The team sought a primary end point of the development of a nodular research ultrasound pattern, a surrogate for advanced cystic fibrosis liver disease.

While liver involvement in the pathologic process of cystic fibrosis is well-known, the identification and classification of cystic fibrosis liver disease remains unknown, primarily because of a lack of reliable sensitive and specific diagnostic markers that help predict liver involvement in the disease before cirrhosis with portal hypertension present.

Advanced cystic fibrosis liver disease manifests as portal hypertension with or without cirrhosis in about 7% of individuals with cystic fibrosis with a median age at diagnosis of 10 years.

Risk factors for the development of aCFLD include male sex and class 1-3 CF transmembrane regulator mutations.

A heterogeneous echogenic pattern of the liver on abdominal ultrasound examination has been suggested in the past to identify individuals at risk for aCFLD with or without portal hypertension and could potentially be used as a predictive biomarker for the risk of aCFLD.

The study, “Heterogeneous Liver on Research Ultrasound Identifies Children with Cystic Fibrosis at High Risk of Advanced Liver Disease: Interim Results of a Prospective Observational Case-Controlled Study,” was published online in The Journal of Pediatrics.