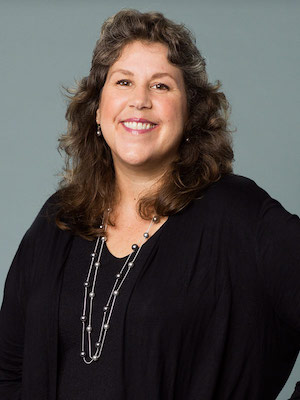 "Our remotely supervised, or 'RS-’tDCS, is very different from self-direct use since it instead uses a telemedicine platform where we have 1 of our team members live with the tDCS recipient for the entire session via videoconference," Charvet said.

There have been small, preliminary trials of tDCS with different electrode placements for this most common of MS symptoms. Charvet and colleagues described 1 recent trial with anode placement over the dorsolateral prefrontal cortex (DLPFC), which appeared to exert the most fatigue-specific improvements in multiple sclerosis. They have also cited other tDCS studies with DLPFC placement, which have shown favorable results for fatigue in post-polio syndrome and Parkinson's disease.

In the study, the team utilized a fully programmable tDCS device, which was customized for remote sessions, with the capacity to retain data from all sessions. There was a large button keypad for easy use and safety functions, such as an automatic abort feature if the electrode contact was lost. The headset was optimized for placement of 5x52 cm sponge electrodes over the DLPFC. Active sessions were conducted with 1.5 to 2.0mÅ over 20 minutes, and the sham control applied that stimulation in only the first and last minute of the session.

"Just as with medication studies, the potential for a placebo effect is very important to capture as it can be especially powerful when measuring symptoms, such as fatigue," Charvet explained. "In tDCS, we use a sham condition, which most patients can't distinguish from the active stimulation."

The investigators reported on 2 trials, which included the randomized, sham-controlled trial of the RS-tDCS administered in 20 sessions over 4 weeks and a smaller, open label trial that compared the effects of 10 sessions over 2 weeks to a cognitive-training-only condition. For each trial, participants with a multiple sclerosis diagnosis of any subtype were recruited without screening for the presence of fatigue. The investigators noted that such screening was unnecessary as 75% or more of patients with MS report fatigue as their most disabling problems.

Patients for both studies received neurological examination, including assessment with the Expanded Disability Status Scale (EDSS) prior to screening. Exclusion criteria included history of brain trauma, seizures or uncontrolled migraine headaches, or having received steroid treatment or clinical relapse within 30 days.

Candidates were also excluded for a z score of ≤3 on the Symbol Digit Modalities Test (SDMT), reflecting insufficient competence. Those with an EDSS score greater than 6.5, corresponding to upper extremity deficits that would interfere with operating the device, could participate with a healthcare proxy, such as a spouse caregiver to provide assistance.

The primary outcome was change in fatigue from baseline to treatment end as measured with the Patient-Reported Outcomes Measurement Information System (PROMIS)-fatigue short form. A secondary outcome was change in the participant's visual analog scale scoring of fatigue (0=no fatigue, 10=severe, worst fatigue) before and after each tDCS session, which was entered onto a provided laptop computer.

Although there was only modest fatigue reduction in the active group of the open trial (n=15), the sham-controlled trial demonstrated statistically and significantly greater reduction for that active group (n=15). The investigators attributed the greater benefit in the longer trial to both the cumulative effect from higher number of sessions and a greater acute effect reflected in daily reported fatigue level. They were also pleased to report on the utility of the devices in the homes of the trial participants as well as prospects for additional and larger investigations.

"We are really excited to start enrollment in a large randomized clinical trial of RS-tDCS for fatigue in MS funded by the National MS Society," Charvet announced. "We are also starting an open-label study of RS-tDCS for fatigue that includes neuroimaging so that we can more clearly identify who will benefit the most and better understand the mechanisms of action."

The study, “Remotely supervised transcranial direct current stimulation for the treatment of fatigue in multiple sclerosis: Results from a randomized, sham-controlled trial,” was published in the Multiple Sclerosis Journal.