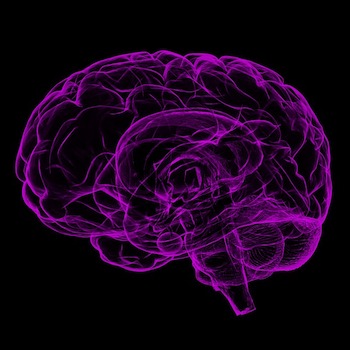 Repetitive transcranial magnetic stimulation might be a possible treatment for tardive dyskinesia and related tardive syndromes, according to recent findings.

Investigators from Aswan University Hospital in Egypt wanted to explore the possibility of therapeutic repetitive transcranial magnetic stimulation (rTMS) as a therapy for tardive syndromes. The study authors explained that the idea of this study was born when they came across a 24-year-old female patient admitted to their hospital with severe neuroleptic malignant syndrome. She was treated with rTMS as a last resort since it was reported to be successful in Parkinson’s disease treatment. The patient regained normal gait after 5 sessions per week for 4 weeks.

After what they called a “serendipitous” encounter, the investigators hypothesized that tardive syndromes could be targeted and treated by high-frequency transcranial magnetic stimulation applied over the motor area of the brain, especially in patients unresponsive to first-line treatment.

The investigators recruited 52 patients who were assigned to receive either sham or real rTMS over the hand and arm area of the motor cortex. The patients received a daily total of 2000 transcranial magnetic stimulation pulses for 10 consecutive days. The patients received 200 pulses to each hand area in the motor cortex made up of 10 trains of 200 pulses with an interval of 30 seconds at 20 Hz. In the sham group, they received the same pulse delivery but the coil was placed perpendicular to the scalp, the investigators said of their study design. For comparison, the 24-year-old female patient that inspired the study received 1000 stimuli per hemisphere at 25 Hz to the motor cortex.

The study authors said there were no significant differences between the groups at baseline in measures of age, sex, duration of illness, Abnormal Involuntary Movement Scale (AIMS) scores, and drug treatment.

Both groups improved, the investigators said, though the real treatment group showed a greater reduction in AIMS scores compared to the sham group. AIMS in the treatment group improved (decreased) by a mean of 8.3 ± 1.7 points, while the sham group saw an improvement of 1.2 ± 3.3 points (P = .001). The real group showed greater improvement than the sham group in other measures, too, the study authors observed, including overall severity, incapacitation, and awareness.

The investigators also learned there was no change in either group in measures of cortical excitability, at resting motor thresholds, motor active thresholds, or transcallosal inhibition duration.

The study authors believe this is the first study to suggest that repetitive transcranial magnetic stimulation may offer a possible treatment for tardive dyskinesia and related tardive syndromes.

“Bilateral hemispheric high frequency rTMS might be a feasible treatment for patients with tardive syndromes unresponsive to ‘first-line’ medical treatment; further multicenter studies are needed to confirm this result,” the study authors concluded. “In particular, it is important to clarify specific inclusion criteria for patient selection and the optimal stimulation parameters as well as to increase the duration of follow-up.”

The paper, “Repetitive transcranial magnetic stimulation for treatment of tardive syndromes: double randomized clinical trial,” was published in the Journal of Neural Transmission.