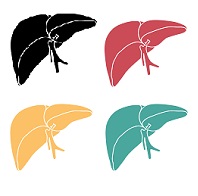 A Chinese herbal decoction, kuan-sin-yin (KSY), improves liver function in patients with chronic hepatitis C (CHC) according to the results of a recent study. Published in the journal Complementary Therapies in Medicine in August 2016, the study was conducted by Chia-Yu Liu of the Institute of Traditional Medicine at National Yang-Ming University in Taipei, Taiwan, and colleagues.

The researchers say that the hepatitis C virus (HCV) can lead to a number of chronic conditions, including CHC. No medication yet exists that can completely eradicate HCV and genotype plays a role in how well the current treatments work for each patient. They go on to say, “Thus, many patients with chronic hepatitis C seek complementary and alternative medicine (CAM) to improve their liver function and control the progression of CHC.”

In Taiwan, CAM is an established part of the overall healthcare system, making it an ideal setting to study a traditional Chinese herbal decoction such as KSY. The researchers enrolled 70 patients who were randomly assigned to receive either KSY or a placebo. Patients, research assistants, healthcare providers and data collectors were all blinded. Patients received treatment for 6-weeks and during that time 13 patients (6 in the KSY group and 7 in the placebo group) withdrew from the study, leaving 57 in the final analysis.

Glutamate pyruvate transaminase (GPT) and glutamate oxaloacetate transaminase (GOT) levels significantly decreased in the KSY group, by 29.7% and 24.4% respectively. Additionally, the HCV RNA viral load was lower by 0.3 log IU/mL in the KSY group, leading the researchers to say, “This finding implied SKY is the first TCM [traditional Chinese medicine] formula with both improving liver function and antiviral activity in CHC.”

The researchers suggest “further investigations on a larger scale and for a longer period are warranted” and add that, compared to the latest antiviral agents, “KSY is not effective enough to achieve sustained virologic response.” However, it may be a useful treatment for patients who have been unsuccessfully treated with interferon-based therapies.