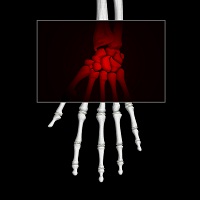 percent when compared to a placebo gel, according to a study published in Rehabilitation Research and Practice.

Researchers from the National Research Centre for the Working Environment in Copenhagen, Denmark studied 645 carpal tunnel syndrome (CTS) patients working in a slaughterhouse. Participants were aged 18-67 years and met the following inclusion criteria: 1) worked in the slaughterhouse for at least 30 hours per week; 2) had pain intensity in the shoulder, elbow, forearm, hand, or wrist of 3 or more on a scale from 1-10 during the last 3 months; 3) stated at least “some” work disability on a scale from not at all, a little, some, much, and very much; 4) did not participate in resistance training in the last year; and 5) no ergonomics instruction during the last year.

The researchers also recruited 10 CTS and chronic pain of the arm or hand, which were randomly distributed into 2 groups to either receive Biofreeze or a placebo gel treatment. Patients either received Biofreeze treatment on the first day and placebo on the second, or in reverse.

The treatments were applied during the work day and 48 hours later in 2.5 mL per 500 cm2 doses to the wrist and hand. Workers with additional forearm pain also received additional topical applications in that area. The participants were charged with rating pain intensity during the last hour of work and immediately before 1, 2, and 3 hours after application on a scale from 1-10.

The researchers found pain intensity of the arm or hand decreased by –1.2 with Biofreeze treatment compared to placebo treatment. This is approximately a 31 percent decrease in acute reduction in chronic pain in workers with CTS.

The researchers note that these findings are aligned with prior studies, which observed the difference in global rating of change (GROC) in hand and wrist pain in favor of the topical methol group. The authors believe analgesics in the topical menthol group could serve as an effective alternative to oral analgesics. These findings prove they can produce similar clinically relevant reductions in chronic pain intensity, without the potential for adverse events associated with oral analgesics.

“Topical menthol acutely reduces pain intensity during the working day in slaughterhouse workers with CTS and should be considered as an effective nonsystemic alternative to regular analgesics in the workplace management of chronic and neuropathic pain,” the authors concluded.


Click here to sign up for more HCPLive® content and updates.
Related Coverage >>>
Kenneth Koblan, PhD: SEP-4199 Showing Promise Treating Bipolar Depression
Banafsheh Kashani, MD: Uterine Fibroids and the Importance of FDA Approvals
Laparoscopic Ileocecal Resection Comparable to Anti-TNF's for Crohn's Disease
You May Also be Interested in
Most Popular
Consequences of Poor Sleep in the Elderly
Why Do Some People Get HIV After Exposure But Others Don't?
Top 10 Painkillers in the US
Immunosuppressive Agents for MS Can Be Lethal in Chagas Disease
Denise Daley, PhD: Early Asthma Interventions for Infants