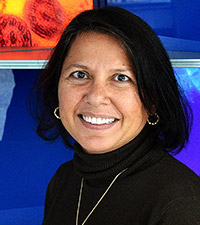 The API was developed in 2000 and is the most widely used guide for predicting asthma early in life. But while the index successfully identifies children that would not get asthma (96%), it had a lower rate of predicting who would get asthma (28%).

Since then, there have been some improvements to the API to make it more rigorous. These include sensitization to aeroallergens and food allergies, and taking into account environmental exposures.

“If we can predict who will develop asthma, we might be able to prevent the disease or intervene early and help alleviate worsening of the disease and reduce exacerbations,” said study co-author Gurjit Khurana-Hershey, MD, PhD, professor of pediatrics and Director of the Division of Asthma Research at Cincinnati Children’s Hospital Medical Center.

Subjects came from the Cincinnati Childhood Allergy and Air Pollution Study (CCAAPS) birth cohort and consisted of 762 infants born to atopic parents between 2001 and 2003. Eligibility was determined by having at least 1 allergy symptom and a positive skin prick test (SPT) to at least 1 aeroallergen. The number of children included in the final analysis was 589.

Children were examined annually from ages 1-7, with parents reporting frequency of wheeze, wheezing apart from colds, and skin and allergy symptoms. At age 7, asthma was diagnosed based on reported symptoms and measurement of lung function with spirometric tests according to American Thoracic Society and European Respiratory Society guidelines.

In addition, researchers reproduced PARS results in the Isle of Wight birth cohort in the United Kingdom, whose subjects were recruited 10 years previously and does not included African-Americans.

Khurana-Hershey says that these results are most important for young children who have experienced wheezing between the ages of 1-2, a time when respiratory infections can be frequent. Parents often wonder if their child is at risk for developing asthma and PARS helps answer that question with more accuracy. Being able to predict mild to moderate asthma is also a potential game-changer.

“This is highly relevant as these children may be the most amenable to preventative strategies,” she said. “Future studies may incorporate genetics and other biomarkers into the risk assessment. It will also be helpful to see if the tool is predictive in other racial and ethnic groups of children.”

The study, “A Pediatric Asthma Risk Score to better predict asthma development in young children,” was published online in The Journal of Allergy and Clinical Immunology.