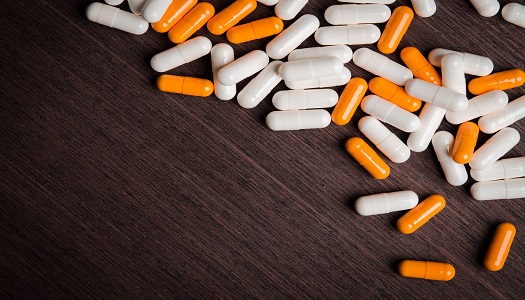 New research from a team of Canadian investigators is shedding further light on the risk of major adverse coronary events (MACE) associated with use of ticagrelor versus clopidogrel in patients with acute coronary syndrome (ACS) undergoing percutaneous coronary intervention (PCI).

Results of the population-based cohort study indicated use of ticagrelor—which is recommended over clopidogrel in AHA/ACC guidelines—was not associated with a statistically significant reduction in MACE but resulted in more major bleeding and dyspnea.

To evaluate the associations of ticagrelor and clopidogrel use with reduced MACE in patients with ACS undergoing PCI, investigators led by Ricky Turgeon, BSc, PharmD, of Vancouver General Hospital, conducted a prospective study using data from the Alberta Provincial Project for Outcome Assessment in Coronary Heart Disease registry.

From the database, investigators pulled data on a cohort of 11,185 individuals who underwent PCI for inclusion.

All participants included in the study were residents of Canada, older than 18 years, underwent PCI for ACS between April 2012 and March 2016, were discharged alive from index hospitalization, and filled a prescription for ticagrelor or clopidogrel within 31 days of undergoing PCI.

The primary outcome measure was the first occurrence of MACE—which investigates defined as a composite of all-cause death, hospitalization with nonfatal ACS, coronary revascularization outside of planned PCI procedures, or stent thrombosis within 365 days of index hospitalization.

Secondary outcomes of interest included a composite of all-cause death, hospitalization with ACS, or ischemic stroke, hospitalization for major bleeding, and emergency visits for dyspnea. Investigators noted adherence, which was defined as a medication refill adherence of 80% or greater, was also included in analyses.

The median age of the study cohort was 61 years, 24.7% of the population was women, and 44.3% presented with ST-segmentation elevation myocardial infarction. Investigators pointed out clopidogrel was prescribed more often during the study (7109 of 11,185 [63.6%]) but ticagrelor use increased and was used in 56.3% by the latter half of the study.

When examining characteristics of patients who received either clopidogrel or ticagrelor, results indicated patients prescribed ticagrelor were younger, more likely to be women, and had a lower prevalence of prior myocardial infarction and other cardiovascular risk factors. Additionally, patients receiving ticagrelor were more likely to receive a drug-eluting stent and less likely to receive a prescription for an oral anticoagulant within 31 days post-procedure.

Click here to sign up for more MD Magazine content and updates.
Related Coverage >>>
FDA Approves Semaglutide Injection for Cardiovascular Risk Reduction
Early Intervention Could Improve Aortic Stenosis Outcomes
HCPLive Announces New Tweet Chat Series with SoMeDocs
You May Also be Interested in
Most Popular
What We Learned About Depression in 2015
Top 10 Painkillers in the US
Top 10 Most Bizarre Health Stories of 2015
Do EMRs Provide Clinically Relevant Information?
What We Learned About Psoriasis in 2015