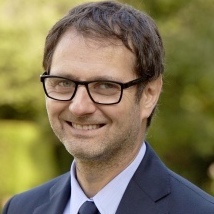 Ticagrelor plus aspirin could lower the incidence of ischemic cardiovascular events in certain patients with stable coronary artery disease (CAD) and diabetes mellitus.

New findings from the Effect of Ticagrelor on Health Outcomes in Diabetes Mellitus Patients Intervention Study (THEMIS)—presented at the European Society of Cariology (ESC) Congress 2019 in Paris—show the reversible P2Y12 receptor antagonist could benefit stable CAD patients with diabetes mellitus in ischemic events. But it may also result in major bleeding event risk, as well.

The randomized, double-blind trial funded by AstraZeneca and involving 19,220 patients sought to complement the therapeutic benefits of aspirin—a standard treatment for patients with both CAD and type 2 diabetes mellitus (T2DM)—with ticagrelor.

Investigators noted the therapy has been associated with more consistent platelet inhibition than aspirin, and has been shown to provide patient protection from cardiovascular events in combination with aspirin in patients with acute coronary syndromes, among other conditions.

“Platelet-mediated thrombosis is a major mechanism contributing to ischemic events, and the higher risk among patients with diabetes is due in part to increased platelet activation,” they wrote. “Therefore, aspirin alone, the standard therapy in this population, may not provide fully effective anti-thrombotic protection.”

Led by P. Gabriel Steg, MD, of Department of Cardiology at Bichat Hospital, and Deepak Bhatt, MD, of Brigham and Women’s Hospital Heart and Vascular Center, investigators randomly assigned patients 1:1 to either twice-daily 90 mg ticagrelor or equivalent-dose placebo. Patients were 50 years of age or older, with stable CAD, T2DM, and no previous history of myocardial infarction or stroke.

Investigators assessed for a primary efficacy outcome of composite cardiovascular death, myocardial infarction, or stroke. Primary safety outcome measures of major bleeding were defined by the criteria set in the Thrombolysis in Myocardial Infarction (TIMI) classification.

Investigators found no significant difference in fatal bleeding incidence, and similarities in treatment arm rates of exploratory composite outcome of irreversible harm, including death from any cause, myocardial infarction, stroke, fatal bleeding, or intracranial hemorrhage (10.1% vs 10.8%; HR, 0.93; 95% CI, 0.86 – 1.02).

Investigators concluded from this latter exploratory analysis that ticagrelor does not have a favorable risk-benefit ratio among the observed patient population.

“Rates of discontinuation were high in the 2 groups but were higher in the ticagrelor group, primarily due to an increased risk of bleeding and dyspnea,” investigators wrote. “These findings are likely to reflect the side-effect profile that would be observed in clinical practice.”

This conclusion was not reach just with consideration to the disappointing safety outcomes, but to the efficacy outcomes which, while positive, were below initial expectations.

Steg, Bhatt, and colleagues prosed whether ticagrelor lone from aspirin would have provided a superior risk-benefit ratio, yet concluded the combination of the inhibitor with standard-of-care is not significantly beneficial for patients with stable CAD and T2DM.

The study, “Ticagrelor in Patients with Stable Coronary Disease and Diabetes,” was published online in The New England Journal of Medicine.