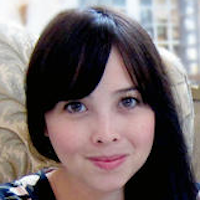 The way most pregnant women are tested for thyroid-stimulating hormone may be leading to overdiagnosis and overtreatment.

The findings of a study by Jennifer Yamamoto, MD, revealed thyroid-stimulating hormone testing was performed in more than half of all pregnant women who did not have thyroid disease before pregnancy.

Yamamoto and the team of investigators collected administrative data for women 15-49 years old who delivered in Alberta, Canada between October 2014 and September 2017. Patients were excluded if they had evidence of thyroid disease in the 2 years before conception. Thyroid disease was defined as a filled prescription for any thyroid medication, any ICD-10 codes for thyroid disease, or had a thyroid-stimulating hormone measurement <.2 or >5 mIU/L.

Overall, 188,490 pregnancies were included in the analysis. Of those, 111,522 (59.2%) had >1 thyroid-stimulating hormone measurement. Gestational week 5-6 was the most common time for testing. Women who were >35 years old, were nulliparous, were from an urban area, had gestational hypertension, or had other medical disorders were more likely to have thyroid-stimulating hormone measured during pregnancy. Those who smoked were less likely to have the condition measured.

Almost half of the patients (44.6%) continued with the treatment after giving birth. Almost one-third (31.5%) received >2 prescriptions in the first postpartum year.

“This raises concerns about overmedicalization during pregnancy, given that minor, untreated (thyroid-stimulating disease) elevations usually normalized, as indicated by repeat measurement,” Yamamoto and colleagues said in a statement. “The frequent postpartum continuation of thyroid hormone therapy for those who started it during pregnancy adds to this concern.”

The findings suggested current practice patterns could contribute to overdiagnosis of hypothyroidism and overtreatment during pregnancy and postpartum. Clinical practice guidelines are needed to give clinicians the appropriate approach to decide whether and when the testing is needed.

The study, “Thyroid function testing and management during and after pregnancy among women without thyroid disease before pregnancy,” was published online in the Canadian Medical Association Journal.