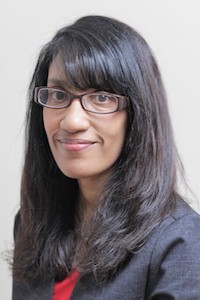 Melinda Mahabee-Gittens, MD, MS
While smoking and exposure to secondhand smoke have long been known to cause health problems, investigators have found that thirdhand smoke—the residues that linger after smoke clears—exposes children to pollutants like nicotine and may be linked to respiratory issues.

All children in the study had detectable levels of nicotine on their hands, based on testing wipes used to wipe their dominant hands (geometric mean [GeoM] = 86.2 ng/wipe; range = 3.5-2190.4/wipe).

Additionally, investigators found that even when caregivers reported that no cigarettes were smoked around the child in any location (28.0% of children) or in the home (40.7% of children), those children still had hand nicotine levels averaging 82.3ng/ml and 59.7ng/ml, respectively.

"It just goes to show that indoor smoking bans don't necessarily protect children from tobacco smoke exposure and related pollutants, such as thirdhand smoke," said Merianos in a statement. 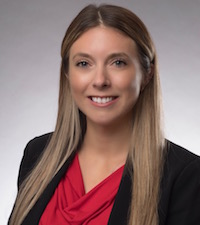 Ashley Merianos, PhD
"It also shows that exposure to tobacco smoke toxicants is more widespread than previously thought because exposure in children is not limited to inhaling secondhand smoke," added Mahabee-Gittens.

The study included 104 pediatric patients, ages 0 to 17 years, who visited the Cincinnati Children's Pediatric Emergency Department between April 2016 and August 2017 with complaints potentially linked to tobacco smoke exposure. Each participant had at least one caregiver who smoked.

All children had a health complaint potentially related to thirdhand smoke exposure. The most common of these were cough/congestion (n = 87, 83.7%), otalgia (n = 33, 31.7%), and wheezing or difficulty breathing (n = 31, 29.8%). The most common past medical history was asthma, which affected 19.2% of participants.

"Future work should explore the associations of hand nicotine and age to determine how children's changing interactions with their environment and behaviors contribute to increased nicotine in 2- to 4-year-olds, whether handwashing decreases the risk and whether increased levels are associated with increased [secondhand smoke-related] clinical illnesses," wrote investigators.

Merianos stressed that these findings are preliminary and that more research is necessary. “There's a paucity of literature available on the impact that thirdhand smoke has on health effects in children."

The study, “Nicotine on Children’s Hands: Limited Protection of Smoking Bans and Initial Clinical Findings,” was published in Tobacco Use Insights.