Thiazide Use Increases Stroke Risk in Some Diabetics 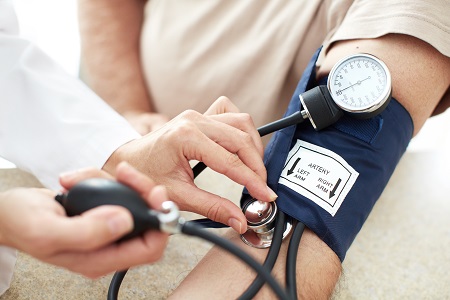 Despite being a common treatment for high blood pressure and congestive heart failure for decades, new research has uncovered a startling new trend about the use of thiazides in diabetics.

An analysis of data from the ACCORD and ACCORDION studies by a team of investigators from the National Center for Global Health and Medicine in Japan revealed thiazide use was associated with an increased risk of major cardiovascular events (MACE), particularly stroke, in type 2 diabetics with well-controlled blood pressure (BP).

In an effort to assess the efficacy and safety of thiazide use in patients with well-controlled BP, which investigators noted is lacking,  an observational cohort study comparing whether thiazide use for BP control led to a decreased risk of cardiovascular events compared to standard treatment. Investigators identified 10,2551 high-risk type 2 diabetics in the current analysis who were either 40 to 79 years old with cardiovascular disease or 55 to 79 with anatomic evidence of significant atherosclerosis, albuminuria, left ventricular hypertrophy, or at least 2 additional cardiovascular disease risk factors.

Exclusion criteria for the current analysis included frequent or serious hypoglycemia, refusal to receive home glucose monitoring or insulin injections, serum creatinine level less than 1.5 mg/dL, or any other serious illness. BMI for patients included in the study needed to be greater than 45.

This study, titled “Thiazide Use and Cardiovascular Events in Type 2 Diabetic Patients With Well-Controlled Blood Pressure,” is published online in Hypertension.

Click here to sign up for more HCPLive® content and updates.
Related Coverage >>>
FDA Approves Implantable Heart Rhythm Monitoring Devices
Use of ACE Inhibitors/ARBs Linked to Lower Colorectal Cancer Risk
Study Identifies Potential Type 2 Diabetes plus Dry Eye Biomarkers
You May Also be Interested in
Most Popular
Denise Daley, PhD: Early Asthma Interventions for Infants
Insufficient Data to Accurately Monitor Most At-Risk Communities for Flu
When to Suspect Diarrhea is Symptom of a Clostridium Difficile
Top 10 Painkillers in the US
Visual Impairment, Dementia Are Detrimental to Independence of Older Adults