The Sensationalization of Medical Errors: Breaking Down the Data In Order to Improve Patient Care 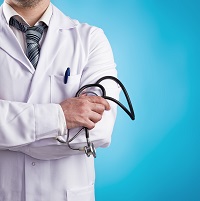 Using data from four previously published studies and using mathematical models to extrapolate data to the current year, researchers at Johns Hopkins contended that medical errors were now the third leading cause of death in the US today.

The study published in BMJ addressed the rate of fatal medical errors in the United States.

The media has been very quick to pick up on this story and has already sensationalized the findings without carefully analyzing the data and how the study was conducted.

While medical errors are a significant concern and result in countless cases of increased morbidity and mortality in the US today, I am not convinced as to the accuracy of the number of deaths that was determined in the study – over 200,000 deaths annually.

Don’t get me wrong; I still believe this is a very important study. It brings more focused attention to the issue of medical errors, specifically how we can identify them and what systems are needed to prevent them from occurring in the first place.

As medical professionals, we need to more carefully examine the study and what we can learn from it rather than sensationalize the findings.

When interpreting this latest study we must carefully analyze the methodology and only then can we comment on the robustness of the data.

While the media has focused on the numbers of deaths that have been noted in the study, much of the academic medical community has been debating the validity of the data as presented.

However, to effect real change and address medical errors, we must first better understand the problem: this all begins with examining exactly how the researchers in the BMJ paper reached their shocking conclusions.

For starters, the authors used four separate studies to gather their data. Some of the studies that were used do not even make it clear what percentage of deaths due to errors were “preventable” and the Hopkins researchers simply assumed a rate of 100% in their analysis, which could have led to a gross overestimation of medical error related deaths. Moreover, some of the events classified as medical error related deaths were actually related to understaffing issues and lack of resources due to actual errors in the treatment of patients.

Critics of the study have recalculated the death rate from these data and have determined the numbers to be nearly 30% lower than those presented in the results of the original paper. It is also important to note that in each study, non-medical personnel known as “coders” most often assigned the diagnostic codes that were used.

Often times, many coders have less than six months of experience and do not fully understand the medical information that is documented in the chart. In many cases where a study is based on coder-generated data, it is “garbage in, garbage out.”

However, no matter how you evaluate the study and its methodology, it is clear that medical errors are a significant problem that must be addressed.

What exactly are the issues and why are the errors occurring?

The issues with medical errors are quite complex. Certainly, when healthcare providers make poor clinical decisions, negative outcomes can occur, and handoffs of patients between physicians, nurses, and other hospital clinical workers can be haphazard and incomplete.

Transitions of care are a major source of medical errors – when busy clinicians receive either incomplete or inaccurate “sign outs” important patient details can be lost. Labs may not be followed up, tests may not be ordered and care plans may not be followed. These types of errors can result in delays in treatment, wasted days in the hospital and incomplete follow up of results.

Transitions between units can be even more problematic.

When a patient is transferred between departments – such as between the ER and the ICU – mediations can be forgotten and missed doses (or duplicated doses) of drugs are quite common.

In addition, communication between caregivers can be rushed and important details can be left out.

The advent of the electronic medical record (EMR) has given many healthcare professionals a false sense of security in that a patient’s story will be archived digitally for all to see. However, many EMRs are rather incomplete and the data required during documentation of a patient care event is inconsistent and often clinically irrelevant in the acute setting.
System errors are the most common type of errors – these occur when the care systems and algorithms that are created within and between institutions are non-standardized and based on regional preferences. These inconsistencies can result in gaps in care. Safety measures and protocols are often inadequate to prevent error.

What needs to be done going forward?

It is clear there are far too many medical errors that occur in medicine in the US today.

While I firmly believe that the current article far overestimates the total numbers of errors, the problem is still quite substantial. As physicians we must work together to create better ways to protect patients. We must do a better job communicating directly with one another about patients rather than rely too heavily on the EMR.

Within hospital systems, we must put more checks and balances in place and make transitions between caregivers and units seamless.

In addition, we must determine a more standardize way to define and measure medical errors – the creation of a national database may lead to important discoveries and allow us to provide safer, more efficient care for all of our patients in the future.

Click here to sign up for more HCPLive® content and updates.
Related Coverage >>>
Laparoscopic Ileocecal Resection Comparable to Anti-TNF's for Crohn's Disease
Baloxavir Effective in Preventing Spread of Flu
Epimacular Brachytherapy Ineffective Against Neovascular ARMD
You May Also be Interested in
Most Popular
Denise Daley, PhD: Early Asthma Interventions for Infants
Top 10 Painkillers in the US
VIT Improves Survival Measures in Patients with Relapsed/Refractory RMS
Point-of-Care Newborn Testing Could Improve Pediatric Sickle Cell Care
Flu Cases Near 30 Million in the US, CDC Reports