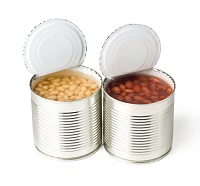 Processed, industrial foods are associated with an increased risk of development of autoimmune diseases such as inflammatory bowel disease (IBD).

In a recent study published in the journal Autoimmunity Reviews, Aaron Lerner, MD, MHA, Technion Faculty of Medicine and Carmel Medical Center, Israel, and colleagues examined the effects of processed food on the resistance of the intestine to toxins, bacteria, and other nutritional and non-nutritional elements.

Lerner remarked, “In recent years there has been a decrease in incidence of infectious diseases, but at the same time there has been an increase in the incidence of allergic diseases, cancer an autoimmune diseases. Since the weight of genetic changes is insignificant in such a short period, the scientific community is searching for the causes at the environmental level.”

The team identified a link to more than 100 diseases, from lupus to celiac disease, multiple sclerosis (MS), Crohn’s disease (CD), autoimmune hepatitis, and even type 1 diabetes. The substantial increase in the daily use of food additives to improve texture, shelf life, smell, or taste, among others, allowed the experts to discover “a significant circumstantial connection between the increased use of processed foods and the incidence of autoimmune diseases.”

Lerner concluded, “Control and enforcement agencies such as the FDA stringently supervise the pharmaceutical industry, but the food additive market remains unsupervised enough. We hope this study and similar studies increase awareness about the dangers inherent in industrial food additives, and raise awareness about the need for control over them.”