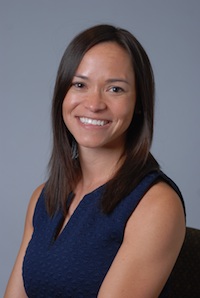 Erika Cheng, PhD, MPA
According to a new study, 4.4% of new fathers experience postnatal depression. A child’s wellness checkup may be an ideal time to screen fathers for these depressive symptoms.

Parenthood precipitates major changes in the mental and physical wellbeing of patients. It has long been known that women undergo major physical changes in response to giving birth, and that the first few years of child-rearing are marked by limited sleep and other physical and emotional stresses. About 24% of women experience prenatal or post-partum depression, but rates of depression in fathers is less clear.

“Some studies suggest that becoming a dad may increase men’s risk for depression, but we don’t know nearly as much about depression in dads as we do about depression in moms,” Erika Cheng, PhD, MPA, Assistant Professor of Pediatrics at the Indiana University School of Medicine told MD Magazine®.

Because depression can impact all members of the family the American Academy of Pediatrics (AAP) recommends that pediatricians screen parents for postnatal depression during well-child care visits. Cheng and her team sought to estimate the prevalence of paternal depression and the possible value of screening fathers at these visits.

To do so, her team took advantage of the e Child Health Improvement Through Computer Automation (CHICA) system, a 20-question questionnaire given to parents in the waiting rooms of certain health clinics. The questions refer to their child’s health and help the physician focus on the child’s possible health risks.

In five Indianapolis clinics, the researchers added a question identifying who was present with the child and who was filling out the questionnaire (mother, father, grandparent, etc.) Then they added another 3 questions which screened for depression in the individual filling out the survey. The 3 questions were adapted from the Edinburgh Post-natal Depression Scale. If an answer suggested depression, the scientists counted the participant as having screened positive for depression.

The researchers collected responses from 9572 visits of children under the age of 15 months between August 2016 and December 2017. Fathers were present at more than 30% of the children’s visits, implying that this moment could be a valuable time to screen for depression since many of the fathers might not have their own, separate appointments with doctors during this period of their lives.

“We found that frequently fathers attend their child’s well visits, so this may be a great opportunity to screen parents for depression—especially fathers who otherwise might not get assessed or treated,” explained Cheng.

While they were present 30% of the time, fathers only filled out the questionnaire at a little over 8% of visits. Still, among the 806 fathers who did fill out the questionnaire, 4.4% revealed symptoms of depression. This is comparable to the 5% of mothers whose answers suggested depressive symptoms.

“It’s important to de-stigmatize men’s mental health and increase our awareness of depression in fathers in the postpartum period,” Cheng said. “The fact that so many new dads are experiencing this is significant because depression can have serious consequences if left untreated. We know that dads who are depressed are less engaged with their kids, which can lead to cognitive and behavioral problems.”

The study, “Prevalence of Depression Among Fathers at the Pediatric Well-Child Care Visit,” was published online on July 23, 2018 in JAMA Pediatrics.

Click here to sign up for more HCPLive® content and updates.
Related Coverage >>>
Baloxavir Effective in Preventing Spread of Flu
Epimacular Brachytherapy Ineffective Against Neovascular ARMD
Investigators Test Treatment Regimens for Psychiatric Disorders with Insomnia
You May Also be Interested in
Most Popular
Denise Daley, PhD: Early Asthma Interventions for Infants
Mindfulness-Based Stress Reduction and Benefits in Overweight Women
Most Common Drug Ingredient in the US Kills Emotions
Visual Impairment, Dementia Are Detrimental to Independence of Older Adults
What Should I Do With This Abnormal ALT?