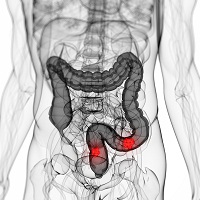 According to study results published in the Proceedings of the National Academy of Sciences, researcher James Amos-Landgraf, an assistant professor of veterinary pathobiology in the MU College of Veterinary Medicine, observed normal levels of naturally occurring colon cancer in a group of male rats. After he extracted testosterone from the rats he reported a significant decrease in their colon cancer rates. To confirm his finding, he re-injected testosterone into the rats and found that their colon cancer rates returned to their normal levels. According to Amos-Landgraf, “by showing that removing testosterone from rats leads to a drastic decrease in colon cancer susceptibility, it appears that male hormones may actually contribute to colon tumor growth rather than female hormones being protective.”

He also noted that higher rates of colon cancer in postmenopausal women could be further evidence that supports testosterone as a contributing factor in colon cancer tumor growth.

Further research is underway to explore the genetic traits that are linked to the difference in predisposition to colon cancer between the sexes.

Click here to sign up for more HCPLive® content and updates.
Related Coverage >>>
Banafsheh Kashani, MD: Uterine Fibroids and the Importance of FDA Approvals
Laparoscopic Ileocecal Resection Comparable to Anti-TNF's for Crohn's Disease
Banafsheh Kashani, MD: Telemedicine for Women's Health During COVID-19
You May Also be Interested in
Most Popular
Picking up the Pace: Progress on Artificial Kidney
Physicians and Patients Need to Discuss the Benefits of Clinical Trials
Physicians Stop RA Medications Too Soon Before Surgery
Denise Daley, PhD: Early Asthma Interventions for Infants
Top 10 Painkillers in the US