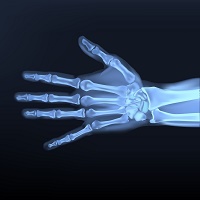 How much can you tell about a man simply by looking at his fingers?

Until quite recently, most people probably presumed that a man’s fingers revealed relatively little beyond his marital status and, perhaps, his alma mater.

A pair of studies, however, concluded that a glance at a man’s fingers can reveal how likely he is to be nice to women and faithful in relationships.

The vital clue, according to the study authors, is the relative length of the second (index) finger and the fourth (ring) finger, which is generally called the 2D:4D ratio. Prior studies indicate that lower ratios indicate greater fetal exposure to testosterone and other androgens.

The authors of the first study, which was published in Personality and Individual Differences, recruited 155 people who spent 20 days listing every social interaction that lasted more than 5 minutes and checking boxes to indicate behaviors they exhibited during each.

“When with women, men with smaller ratios were more likely to listen attentively, smile and laugh, compromise or compliment the other person,” said Debbie Moskowitz, lead author and professor of psychology at McGill University.

But women might want to think twice before setting their hearts on a small-ratio man. The second study, published in Biology Letters, suggested that they are the ones who are more likely to cheat.

Researchers questioned 575 North American and British people about their attitudes toward sex and commitment and then measured the 2D:4D ratios of 1,314 British men and women.

Interview analysis revealed that, for both sexes, preferences were not distributed evenly across the “Stay – Stray” scale or in a standard distribution with a single peak. Instead, the distributions had 2 sharp peaks, 1 close to strict monogamy and 1 close to zero commitment.

From this correlation, the researchers hypothesized that exposure to testosterone in the womb could be the key, or at least a key, to adult preferences for sexual fidelity.

The hypothesis made news around the world, and nearly every story warned readers to steer clear of those cheating men and their long ring fingers.

It wasn’t the first time. Since the discovery that digit length probably reflects fetal testosterone exposure, researchers have spent a lot of time trying to find correlations between digit ratios and medical outcomes, questionnaire answers, and a host of other things. A Google Scholar search of the terms “womb” and “digit ratio” returns 2,150 results.

Many of those papers generated media coverage suggesting you can tell X about a men or women simply by looking at their fingers. In some cases, the actual studies do suggest this. In most cases, however, studies contain the sort of caveat found in the British study.

“While not predictive of individual behavior,” its authors warn, “the length of the ring finger versus the index finger can help identify the group of people who are more likely to be promiscuous.”