Testing Long-Term Rituximab Use in a Multiple Sclerosis Clinic 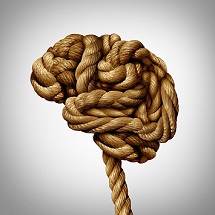 Clinicians at a multiple sclerosis (MS) clinic reviewed the records of patients taking rituximab report finding that, in that particular population, the drug is safe and well-tolerated. Megan Barra, PharmD, of the Department of Pharmacy at Brigham and Women’s Hospital and colleagues, described their findings in a paper published in the Multiple Sclerosis Journal – Experimental, Translational and Clinical.

Rituximab is a monoclonal antibody directed at CD20 positive b-lymphocytes, which may also affect CD19. “The objective of this observational study is to evaluate the safety of long-term rituximab administration and review different dosing strategies at our comprehensive MS care clinic,” say the authors. They carried out the study by analyzing medical records of patients treated with rituximab between 2004 and 2015. There was a total of 107 patients included in the analysis.

The researchers report that “rituximab was relatively well tolerated, although urinary tract infections were more frequently seen,” adding that three patients were hospitalized due to infection. The researchers say that because of the design of the study they were “not able to reach a conclusion with regard to proper dosing frequency.”

They did, however, find that some patients “either relapsed or experienced new MRI activity without evidence of reconstitution by CD19/20,” and offer three possible explanations. First, it is possible that those patients were non-responders to rituximab. Second, they may have developed antibodies to rituximab. The third possibility, say the researchers “is that peripheral CD 19/20 measures are inadequate to capture what is occurring with B-cell populations in different tissues.”

“During this study, the timing of rituximab re-dosing was at the discretion of the treating neurologist and was not standardized,” say the authors, and add that, as a result, there was a variety of dosing frequencies and “a larger proportion of patients were re-dosed more than 10 months apart.” They suggest a fixed dosing schedule would avoid such a scenario in the future.

In this clinic, during the time period analyzed, rituximab didn’t cause safety concerns. The researchers conclude saying, “Based on our clinical review and review of the literature we believe a monthly monitoring for early reconstitution followed by a fixed 1000mg dose at six months may be the best strategy for long term dosing.”