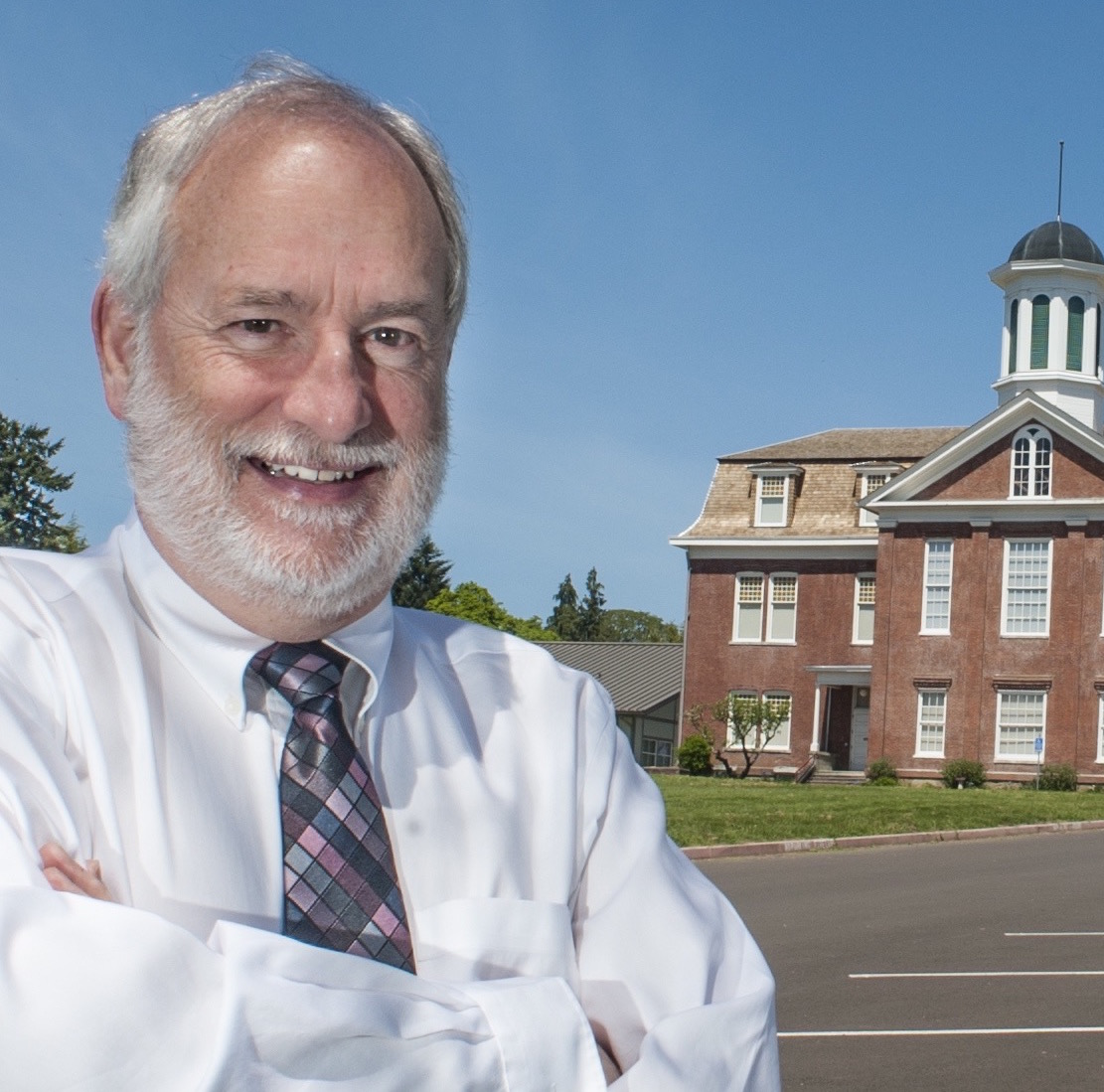 David R. Grube, MD
Editor’s note: This is a column by David R. Grube, MD, a longtime medical school professor and National Medical Director for Compassion and Choices. Grube practiced family medicine in Philomath, OR, for 35 years, retiring from clinical work in 2012. His essay is in response to the submitted column "Twelve Myths About Physician Assisted Suicide and Medical Aid In Dying," published on July 7. The presented analysis reflects his views, not necessarily those of the publication.

Oregon’s 1994 Death with Dignity Act (ORS 127.8 ff) was the nation’s first law authorizing mentally capable, terminally ill adults with 6 months or less to live to request a doctor’s prescription for medication they could decide to take to peacefully end their suffering if it became unbearable.

It was enacted in 1994 and taken into effect in 19971. Since then, 6 more states—Washington, Montana, Vermont, California, Colorado, and Hawaii (Hawaii’s law does not take effect until Jan. 1, 2019) and the District of Columbia (DC)—have authorized medical aid in dying. Pies and Hanson, in a recent article in MD Magazine® (July 7, 2018), presented 12 myths (sic) about this medical practice.2

I practiced family medicine in a small rural Oregon town from 1977 to 2012. In 1999, a patient asked me if I would honor his request for a “death with dignity.” He was a long-time patient who was dying of cancer; he had had surgery, radiation, and chemotherapy, but his cancer was incurable and advanced. He was enrolled in hospice, but his symptoms became intolerable, leading to his request to me.

At that time, I had been in practice for more than 20 years. I did ultimately prescribe the aid-in-dying medication, and he died very peacefully at home with his wife and children at his bedside. They continue to thank me now, almost 20 years later.

Those of us who have participated in the practice of medical aid in dying have a different perspective than those who theorize about it. Pies and Hanson cite a 20-year-old article3 regarding the psychological and emotional effects upon US oncologists who participate in euthanasia and PAS. In fact, euthanasia—which unlike medical aid in dying requires someone other than the dying patient to administer the medication—is illegal in the United States. In my role as the National Medical Director for Compassion & Choices and our Doc2Doc consultation program, I speak to scores of physicians who have practiced medical aid in dying.

All of them are sincere, all are compassionate, none of them take this action lightly, and none have reported instances of regret or depression.

1) People who request medical aid in dying usually do so because they are experiencing loss of dignity, anhedonia, and inability to control the “end of their life story.”

Pies and Hanson are correct in reporting that pain is not usually in the top 3 reasons why individuals request medical aid in dying in both Oregon and California. Autonomy is no. 1: these individuals are suffering, dying persons who feel that they have no control over their imminent death (which their physicians confirm). They do not want to die in a hospital. They are knowledgeable of their options. They do not want to depend upon others for symptom management, and indeed, by their own report, their symptoms are unmanageable.

Pies and Hansen report that many patients who request medical aid in dying are clinically depressed, but this assertion is false. By law, they are required to be evaluated for the mental capacity to make rational decisions by their physician and a second (consulting) physician. In addition, they often are in hospice, so they also are evaluated by their hospice medical director, their hospice nurse, their chaplain, their social worker, etc. They do not have a major depressive disorder; rather, they are grieving normally. They cannot “be successfully treated, once properly diagnosed.”1 They are terminal.

2) In Oregon, 6 other states, and D.C. with similar laws, there are adequate safeguards to ensure proper application of medical aid in dying.

Oregon’s Death with Dignity Act, now in effect for 2 decades, is analyzed annually by the Oregon Health Authority1 and it has never needed to be changed. It adequately protects individuals from coercion, abuse, or inappropriate use.  Why is this statement true? There are core safeguards in place to protect vulnerable populations, so many in fact that they are also recognized as significant barriers for dying people to access the law. Many dying patients in Oregon are unable to utilize the Death with Dignity Act because they die before the entire process can be completed and doctors can be reluctant to practice because of the paperwork.

A healthy doctor-patient relationship is founded upon open communication and trust. In end-of-life care, the ability to discuss all options allows for exploration, and hopefully, fulfillment of the patient’s wishes and values. Many patients and doctors discuss medical aid in dying, even if the patient ultimately does not make a request for a prescription. Physicians who are willing to openly explore a patient’s requests can learn much that can help her or him to provide quality care at the end of life.

In all jurisdictions where this palliative, end-of-life care option is authorized, approximately two-thirds of patients who go through the process required by the Oregon Death with Dignity Act ultimately take aid-in-dying medication; one-third do not take the medication,1 but they want to know that they have the option to use the medication if needed, hence, they are palliated.

Quality hospice care and palliative care have improved the end-of-life experience of thousands of patients, and advances in end-of-life care continue. More improvement and resources should be dedicated to this cause. But not all suffering can be assuaged. Suffering is defined by the patient, not the doctor.

5) Doctors who conscientiously oppose medical aid in dying are free not to practice it.

Pies and Hanson discuss conscientious objection to medical aid in dying “in theory” based upon “guidelines.” Physicians who are not willing to participate in end-of-life care option are free not to practice it if it conflicts with their conscience; there is no law that requires otherwise. However, a licensed physician is bound to practice professionally and under the standards of care in their location. A professional “puts the patient first.

If a licensed physician (who does not support a patient’s option to decide to use medical aid in dying) has a request by a patient for this end-of-life care option, her or his obligation is to refer the patient to another physician for evaluation of the request. Ironically, many physicians in Oregon who do support this option for their dying patients, are unable to provide it because they are employed by healthcare systems that prohibit their doctors from practicing it. Thus, rather than physicians being coerced to practice medical aid in dying, they are prevented from honoring their dying patient’s request for it.

6) Language matters: medical aid in dying should not be called “suicide,” or “assisted suicide”

Legally, in all jurisdictions where medical aid in dying is authorized, “it is not suicide, homicide, euthanasia, or mercy killing.”1

David Pollack MD, a psychiatrist at Oregon Health & Science University School of Medicine in Portland, OR, stated that a “growing body of evidence clearly distinguishes the characteristics of persons who commit suicide resulting from mental illness from those of terminally ill persons who request medical aid in dying.

Furthermore, there is no place in end-of-life care for language that is hurtful, angry, shaming, or that causes guilt. Language matters.

Pies and Hanson are correct in reporting that most medical aid-in-dying statutes do not require a professional mental health examination, “except when the participating physician is concerned and decides to do so.” Such a requirement is unnecessary because doctors are experts in evaluating the mental capacity of their patients to make informed healthcare decisions.

Doctors make these assessments every day in routine matters and matters of life and death. And if 1 of the 2 doctors evaluating the mental capacity of a patient requesting medical aid in dying wants a third mental capacity evaluation by a mental health professional, they can easily request it. It’s important to note that all of these terminally ill patients and their families are sad, and normally grieving. But most patients do not have mental illness or a major depressive disorder. By virtue of their State Medical License, physicians who are involved in primary care are competent to diagnose mental illness, including depression that causes impaired decision-making.

8) In the United States, only people with terminal illness are eligible for medical aid in dying

In Oregon and in all jurisdictions where medical aid in dying is authorized, individuals who receive an aid-in-dying prescription must meet the eligibility criteria, including having a terminal illness. This diagnosis is determined by the attending physician and the consulting physician. In each case, these licensed doctors consider the individual situation.

A diabetic who does not want to take insulin is not a candidate; someone with anorexia nervosa, by definition, has a mental illness. Advanced dementia precludes participation because the patient is not mentally capable of making their own healthcare decisions. When a patient requests medical aid in dying, the physician investigates all of the intricacies of the request. If the patient has a disease that can be reasonably treated (diabetes, early cancer, etc.), this end-of-life care option is not appropriate.

Hence, the value of 2 physicians working in concert is not only the case, but also the law, in Oregon.

After more than 20 years of medical aid-in-dying experience in Oregon, there now is ample accumulated experience to show that the law has been safely and successfully implemented.5 In fact, ORS 127.8, the Death with Dignity Act, has not been changed, amended, or altered. Those who theorize that abuses are possible seem more concerned with “what if” than with “what is.” Experience and evidence outweighs speculation.

In point of fact, the practice of medical aid in dying in Oregon (and in others states with similar laws in effect) has catalyzed improvement in end-of-life care, a much broader discussion of end-of-life care issues, more frequent conversations between physicians and patients about their end-of-life care wishes and goals, doctor-patient relationships, and the awareness of and participation in hospice and palliative care services.

10) Since Oregon’s Death with Dignity Act took effect in 1997, more people have not died, but fewer have suffered

Since the Oregon Death with Dignity Act took effect in 1997, a total of 1967 Oregonians have had prescriptions written under the law, and 1275 patients have died from ingesting the medications.

During 2017, 143 patients used medical aid in dying, and the estimated rate of Death with Dignity Act deaths was 39.9 per 10,000 total deaths,1 which is a similar percentage to previous years.  All of these patients were about to die (had a prognosis of 6 months or less to live) and had the comfort of knowing that they could determine the final chapter of their life if their suffering became unbearable.

Pies and Hanson concluded that “it is critical that physicians inform themselves as regards the actual nature and function … of medical aid-in-dying legislation.” I heartily agree. However, their “first step” is to “recognize and challenge the many myths that surround these…laws.”

I believe that a better first step is to learn the facts about medical aid in dying, not theoretic myths. Louis Pasteur, MD, wrote, “One does not ask of one who suffers: What is your country and what is your religion? One merely says: You suffer, that is enough for me.” A dying patient needs respect, and our comfort. We may have thought that we were trained as “healers,” but when a cure is no longer possible, care and comfort are paramount.