Telemedicine Valuable for Pregnant Women With Opioid Use Disorder 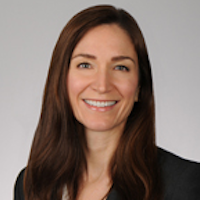 A team of investigators from the Medical University of South Carolina (MUSC) found there were no statistically significant differences in treatment retention rates between pregnant women who received opioid use disorder treatment via telemedicine compared to in-person.

Constance Guille, MD, MSCR, of the psychiatry and behavioral sciences department, and colleagues conducted a nonrandomized controlled trial to learn if using telemedicine for opioid use disorder treatment was associated with similar maternal and newborn outcomes compared with traditional in-person care. They found that virtual opioid use disorder care in obstetric practices did lead to similar outcomes for both mothers and newborns.

Guille and the team recruited participants from data in the Women’s Reproductive Behavioral Health Program at MUSC. Women were identified and grouped by treatment delivery type: in-person treatment in their obstetrician’s office (54 women) and telemedicine for treatment in their provider’s facility (44 women).

The main outcome for newborns was neonatal abstinence syndrome documented in the electronic health record (EHR). Other outcomes were length of newborn hospital stay and birth weight per EHR.

In total, 98 women with a mean age of 30.23 years from 4 outpatient obstetric practices were offered addiction services in person or via telemedicine. Women were seen weekly for 4 weeks, then every 2 weeks for 4 weeks, and monthly thereafter.

As the opioid epidemic continues to take the lives of many, evidence-based treatment for opioid use disorder is necessary. Telemedicine can provide a solution to help make treatment more accessible to pregnant women to reduce maternal mortality and improve maternal and child health, Guille and the team concluded.

The study, “Treatment of Opioid Use Disorder in Pregnant Women via Telemedicine,” was published online in JAMA Psychiatry.

Click here to sign up for more HCPLive® content and updates.
Related Coverage >>>
Individual Differences Linked to Antidepressant Response
Jamak Modaresi Esfeh, MD: Finding Hepatic Encephalopathy
Machine Learning Improves Schizophrenia Treatment Success
You May Also be Interested in
Most Popular
The Fear of the Coronavirus, and the Reality of the Flu
MDNN: CVS Health Buys Aetna, D-cycloserine for Tuberculosis, Unsafe Abortions, and Childhood Obesity
The Art of HANDOFFS: A Mnemonic for Teaching the Safe Transfer of Critical Patient Information
Bempedoic Acid and Ezetimibe Combination Approved by FDA for Lowering LDL-C
Top 10 Painkillers in the US