Task Force Recommends Behavioral Interventions for All Adults with Obesity 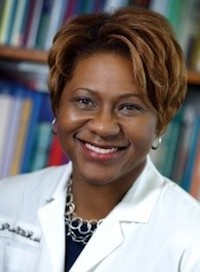 Felicia Hill-Briggs, PhD, ABPP
A new statement from the US Preventive Services Task Force recommends that clinicians offer intensive, multicomponent behavioral interventions to adults with a body mass index ≥30 or offer referrals to such services.

The recommendation statement highlights the broad need for obesity-related interventions, noting that from 2013 to 2014 the prevalence of obesity was greater than 35% among men and greater than 40% among women in the United States. The US Preventive Services Task Force (USPSTF) defines obesity as body mass index (BMI) of 30 or higher, while overweight is defined as a BMI of 25 to 29.9.

The USPSTF makes recommendations of preventive care based on the evidence of both the benefits and harms of the preventive care. However, the USPSTF does not take costs of providing the service into consideration. Recommendation statements like this are often used by payers to guide decisions regarding coverage.

Most of the studies considered by the USPSTF in this review evaluated behavioral interventions that lasted 1-2 years and included 12 or more sessions in the first year. However, other aspects varied widely, including the number of sessions, whether they were in-person or remote sessions, or if they were group or individual-based.

An editorial comment on the USPSTF recommendation statement published in JAMA Internal Medicine highlights the challenge of delivering the recommended treatment to patients who have the greatest need of it.

“Obesity disproportionately affects adults from communities of color and those living in poverty with lower education and limited access to primary health care,” wrote Debra Haire-Joshu, PhD, and Felicia Hill-Briggs, PhD, ABPP. “An estimated 21.9% of adults do not have a clinician; among communities of color, there are even larger gaps in links with clinicians.”

The USPSTF recommendation statement notes that the burden of obesity varies across race and ethnic groups: adjusted for age, the prevalence of obesity is higher among non-Hispanic (NH) black (57.2%) and Hispanic (46.9%) women than NH white (38.2%) women. Among men as well, obesity is more common for NH black (38.0%) and Hispanic (37.9%) individuals compared to NH white (34.7%).

However, just 11 trials of the 89 evaluated focused on specific racial or ethnic groups. The authors noted that socioeconomic status was not well reported in most trials, and when it was, most participants were of medium to high socioeconomic status.

Additionally, Haire-Joshu and Hill-Briggs noted that obesity develops over time, with the greatest increase in the prevalence of obesity occurring from childhood to young adulthood (17% to 35.7%). At this age range, many patients who could benefit from measures to prevent weight gain are generally healthy and have little contact with primary care practitioners.

Given these gaps, Haire-Joshu and Hill-Briggs wrote that “the development of obesity over the life course, and propensity for weight regain after successful weight loss, also requires us to advance multisector partnerships and broad public health approaches to treat obesity, prevent weight gain, and sustain healthy weight beyond primary care.”