Tardive Dyskinesia, Parkinsonism Could Be First Signs of Severe Psychosis 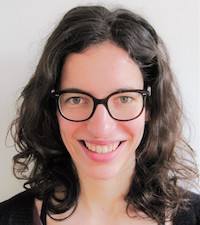 Lydia Pieters
Drug-induced movement disorders such as parkinsonism or tardive dyskinesia (TD) can alert clinicians to the severity of psychopathology in psychiatric patients, according to a new study.

Researchers from the Netherlands examined data from 207 long-stay psychiatric patients in order to monitor the frequency of motor asymmetry in drug-induced parkinsonism (DIP), as well as its relationship to the severity of psychopathology in patients like these. The study authors added that all antipsychotics, including second generation drugs, have the potential to induce parkinsonism.

Some of the common risk factors include female gender, cognitive impairment, and a possible genetic predisposition. DIP can develop in patients days or weeks after initiating antipsychotic use or increasing a dose, but symptom may not appear for months or more.

The investigators looked at patient risk factors for TD, akathisia, tardive dystonia, and DIP. The data was collected between July 2003 and May 2007, during which each patient was assessed at least twice for movement disorders, both at baseline and at follow-up by a trained psychiatrist. Other patient data — like variables such as age, sex, diagnosis under the DSM-IV, ethnicity, and duration of hospitalization — were also collected.

Study author Lydia Pieters told MD Magazine the most remarkable finding from the study was that parkinsonism asymmetry was related to the severity of psychopathology. She added that this was the first study of its kind to examine the relationship.

The study authors’ findings are consistent with other literature discussing prevalence rates of asymmetry in DIP, which demonstrates ranges between 18% - 54%. Most studies report rates of 30% or higher, the researchers noted. However, many of these studies use a small patient cohort, heterogenic populations or do not clearly define asymmetric parkinsonism.

“The asymmetry of parkinsonism could alert the clinician of a more severely ill psychiatric patient,” Pieters said. “This is in line with the idea that motor signs in general can be helpful to identify the psychiatric patient with a poorer prognosis. As assessment of movement disorders is objective, this finding can be easily implemented in clinical practice.”

She added that psychiatric screenings could include measurement of movement disorders. For example, in patients with very high risk of psychosis, this could be implemented, possibly leading to detection before a first episode of psychosis may occur. This would lead to a better overall understanding of the patient’s diagnosis and ongoing treatment.

In the future, the researchers hope to see more research, including neuroimaging, which would “clarify the pathophysiological mechanisms that can explain this relationship between motor signs and psychopathology,” Pieters concluded.

The paper, titled “Asymmetric Drug-Induced Parkinsonism and Psychopathology: A Prospective Naturalistic Study in Long-Stay Psychiatric Patients,” was published in the journal Psychopharmacology.

Click here to sign up for more HCPLive® content and updates.
Related Coverage >>>
Apomorphine Helps Increase On Time Response for Parkinson Disease Patients
Apixaban Bests Warfarin For Stroke Patients with AFib in AUGUSTUS Analysis
French Cohort Data from TST Trial Details Benefit of Lower LDL-C Target
You May Also be Interested in
Most Popular
The Fear of the Coronavirus, and the Reality of the Flu
Partnering with Patients: Effective, Patient-Centered Care for Chronic Pain
Rewired Stem Cells Could Provide Their Own Arthritic Drug, Research Finds
Epidemiological Investigation of Rheumatoid Arthritis Links Manual Labor to the Disease
Notes From Rounds: Anticoagulation Reversal Strategies for ICUs