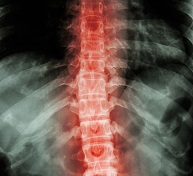 The symptom of syringomyelia can mimic other and be confused with other neuromuscular disorders, according to a case report published in the Journal of Medical Case Reports.

Researchers from the University of Southern California studied a 50 year old Latino man who developed a severe distal muscle atrophy and bulbar dysfunction as a result of Chiari malformation type I with chronic cervicothoracic syringomyelia. The patient had symptoms which lasted over a few years, though they began with sudden weakness and difficulty using his right upper extremity at age 16 years. The patient had no family history of the disease. After a diagnosis in the US of muscular dystrophy at age 25 years, a biopsy in Mexico confirmed the diagnosis.

The patient did not seek any further medical care for the following 20 years because of the stability of his symptoms, though upon his return to the US, he was seen by a primary care physician and referred for a neurological examination to establish care. The evaluation was recommended to also assess the worsening of the progression.

The researchers, upon examining the patient, noted he found increased difficulty in performing fine motor skills with his left hand. Additionally, he experienced recurrent intermittent episodes of dysphagia while eating solid foods. The patient said he never had any previous bulbar symptoms before his clinical deterioration.

After various diagnostic tests, the researchers determined the patient suffered from syringomyelia, a condition where typically a cyst composed of excess cerebrospinal fluid (CSF) forms within the spinal cord. The cysts can form from a variety of both congenital anatomic anomalies and acquired structural abnormalities. The most common form of syringomyelia is chiari malformation type I, which the patient had. Because of sensitivity to pressure with this form of syringomyelia, symptoms can worsen due to activities that affect CFS pressure.

The onset of syringomyelia is generally slow, the researchers commented, and its slowness is part of the reason it is often misdiagnosed or confused. For example, the patient in the case study was stable symptoms for about 2 decades. Some patients are asymptomatic or require no further follow up or management. The patient in the case study had his diagnosis severely delayed, and impacted his gradual deterioration.

“Syringomyelia is a potentially serious neurologic condition with vague and complicated symptoms that can mimic other neuromuscular disorders,” the authors concluded. “Early detection and diagnosis with MRI is critical in preventing progression of spinal cord compression and potential neurologic injury. Symptomatic cases are generally treated surgically.”

Click here to sign up for more HCPLive® content and updates.
Related Coverage >>>
Jelena Kunovac, MD: The Difficulty of Treating Schizophrenia
FDA Approves Tau Imaging Agent for Alzheimer Disease
Inadequate Health Literacy Could Spell Disaster for Heart Failure Patients
You May Also be Interested in
Most Popular
Final Thoughts on the Treatment of Beta-Thalassemia
Advancing Biologic Research in Asthma
Q&A With Maha Radhakrishnan From Biogen: Zinbryta Looks To Bring New Tool to Multiple Sclerosis Treatent Battle
When to Suspect Diarrhea is Symptom of a Clostridium Difficile
Top 10 Painkillers in the US