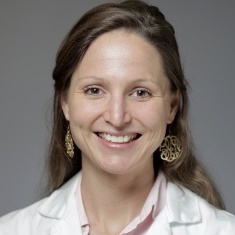 "We looked at a large claims database of hospitalizations for ACS and found that patients with symptomatic AIDS were less likely to receive cardiac revascularization procedures relative to uninfected persons,” according to lead study author Meredith E. Clement, MD, Infectious Disease Fellow, Duke University Medical Center, “while those with asymptomatic HIV were not less likely to receive these procedures."

Of the NIS sample, a total of 3792 (0.35%) were HIV positive. Compared with uninfected and asymptomatic AIDS patients, those with symptomatic HIV/AIDS patients had higher rates of kidney disease, malignancy and liver disease upon admission. In addition, alcohol and substance abuse, as well as smoking, were higher among those infected with HIV versus the general population.

"It is clear that in some disease states, such as cancer, treatment disparities exist with respect to HIV status. Practitioners should try to ensure they are providing standard of care procedures when appropriate, and work to eliminate health disparities when they are shown to exist,” added Clement. “However, our findings offer some reassurance that provider bias in the setting of cardiac disease is not as prominent as previously thought, given that those with asymptomatic HIV infection were no less likely to receive care."

Click here to sign up for more HCPLive® content and updates.
Related Coverage >>>
Flu Cases Near 30 Million in the US, CDC Reports
Jamak Modaresi Esfeh, MD: Finding Hepatic Encephalopathy
FDA Approves First Quadrivalent, Adjuvanted Flu Vaccine for Older Adults
You May Also be Interested in
Most Popular
The Fear of the Coronavirus, and the Reality of the Flu
FDA Approves First OTC Acetaminophen-Ibuprofen Combination
Top 10 Painkillers in the US
When to Suspect Diarrhea is Symptom of a Clostridium Difficile
Should Women Age 65 and Older Be on Hormone Therapy?