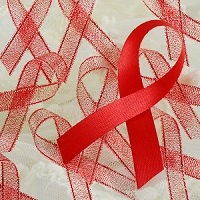 Treatment with combination antiretroviral (ART) drugs has improved the life expectancy of HIV positive patients “substantially,” according to a study published last week. Between 1996 and 2013, the gain for men was 10 years and 9 years for women who were HIV positive and took ART, the study said.

The introduction of ART medications “has been one of the great public health success stories of the past 40 years,” Ingrid T. Katz MD, MHS, an assistant professor of medicine at Harvard Medical School, and her co-authors wrote in an editorial that accompanied the study’s publication. “ART has led to increased survival in people living with HIV, and subsequently to individual and societal gains worldwide,” they explained.

“Patients who started ART during 2008-2010 whose CD4 counts exceeded 350 cells per µL one year after ART initiation have life expectancy approaching that of the general population,” the study added. It found that more patients from the 2008-2010 period survived their first year of receiving ART than did those in the earlier years, 1996-2007.

The improvement over time in that first year survival rate is not explained by a decreasing number of patients with severe immunodeficiency when they started ART, the co-authors wrote. Rather, better “management of patients with late presentation of HIV infection and more general improvement in health care for people living with HIV could have contributed to improved survival.”

The Antiretroviral Therapy Cohort Collaboration produced the study, which is a cooperative effort by 22 cohort studies based in Europe and North America. According to its website, the Collaboration was established to ”estimate prognosis of HIV-1 positive, treatment naïve patients initiating highly active antiretroviral therapy (ART).” The Collaboration published its first study in 2002.
This latest study is based on the analysis of the data from 88,504 patients from HIV-cohorts in 18 countries in Europe and North America. Patients were at least 16-years-old and had started ART with 3 or more drugs between 1996 and 2010 and had the potential for 3 years follow-up.

The researchers tracked all causes of death, but a death related to AIDS was defined as one where there was “a serious AIDS defining condition close to death or a low CD4 cell count (<100 cell per µl) before death and a diagnosis compatible with AIDS as a cause of death,” the study said.

The drop in death rates has not been the same for all HIV patients. ART has not had the same degree of benefit for HIV positive people who are injection drug abusers and those who have severally comprised immune systems before they start ART therapy.

Life expectancy increases also have not been as dramatic in parts of the world where access to the ART drugs is limited, the study said.

In the future, ART may not deliver the same rate of improvements one of the study’s researchers warned. “Since modern treatment is highly effective with low toxicity, deaths in people living with HIV are unlikely to be reduced by further development of drugs,” Adam Trickey PhD from the University of Briston’s School of Social and Community Medicine, who was a statistician for the Collaboration, said in a press release.

Survival of HIV-positive patients starting antiretroviral therapy between 1996 and 2013: a collaborative analysis of cohort studies, published online on May 10 in Lancet/HIV

“Improved life expectancy of people living with HIV: who is left behind, an editorial published,” was published online May 10 in Lancet/HIV

The press release was provided by the University of Bristol.

Aging Getting Tougher for People with HIV

Who Should Be Tested for HIV


Click here to sign up for more HCPLive® content and updates.
Related Coverage >>>
Vaping Guidance Aids Respiratory Disease Screening and Care
Study Contradicts ACC/AHA Recommendation of Chlorthalidone for Hypertension
Implementing Price Transparency Tools at Ambulatory Care Centers
You May Also be Interested in
Most Popular
The Fear of the Coronavirus, and the Reality of the Flu
Machine Learning Model Could Predict Outcomes Following Cardiac Arrest
Ketamine Could Be a Reliable Alternative for Pain Relief, Sedation in ICU
How to Spot a Bad Doctor
Vaping Guidance Aids Respiratory Disease Screening and Care