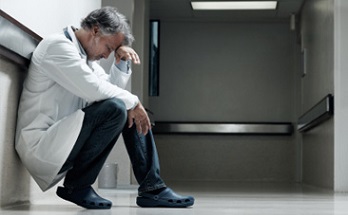 Results of a survey of more than 1600 physicians are revealing burnout may be a more universal issue in healthcare than previously expected.

In what the study’s authors suggest is the largest published study of its kind, survey results suggest burnout could be impacting more than 30% of doctors in the United Kingdom and almost 10% were at-risk for high burnout.

Using a multipart online survey conducted between October and November 2018, investigators assessed 1651 physicians across a variety of specialties practicing in the United Kingdom. The majority of respondents (85.2%) identified themselves as having a non-surgical specialty—with almost a third of the survey participants (31%) were doctors involved in general practice.

Respondents answered questions assessing resilience, professional quality of life, and 14 different dimensions of coping—this was done through use of the Connor Division Resilience Scale (CD-RISC), the Professional Quality of Life Scale, and the 28-item BRIEF COPE scale.

When examining resilience among the 1518 responding doctors, the mean resilience score was 65, which investigators point out is lower than scores found in other United Kingdom-based studies.

Based on the results of the survey, 31.5% of doctors had high burnout, 26.2% reported high secondary traumatic stress, and 30.7% had low compassion satisfaction. Of the survey respondents, 8% of doctors met the criteria for having high burnout, high secondary traumatic stress, and low compassion satisfaction.

Using the results of their survey and subsequent analysis as support, investigators suggest further research should explore burnout and secondary traumatic stress among physicians. Investigators also argue the results of the study support the idea health systems need to prioritize the well-being of doctors to ensure the quality of health care provided remains high.

This study, titled “Resilience, burnout and coping mechanisms in UK doctors: a cross sectional study,” was published online in the BMJ Open.