Surgery and Lifestyle Changes Present Most Benefit for Diabetes Patients 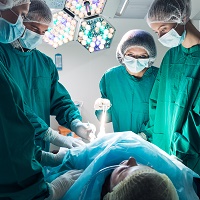 The benefits of weight loss for patients undergoing gastric bypass surgery have been well established, but now researchers are focusing their attention on the procedure’s benefits for patients with type 2 diabetes mellitus.

A recent study conducted by researchers at the University of Pittsburgh Medical Center and published in JAMA Surgery compared the outcomes from surgery and lifestyle changes to lifestyle changes alone in patients with diabetes.

The study included 61 patients between the ages of 25 and 55 years old who were all obese and had type 2 diabetes. All patients had one year of “intensive lifestyle weight loss intervention” followed by either two years of “low-level lifestyle intervention” or one of two surgical procedures. The two operations were either a Roux-en-Y gastric bypass (RYGB) or laparoscopic adjustable gastric banding (LAGB). During the course of the study researchers monitored a range of outcomes, including diabetes remission rates and how much weight the patients lost.

Looking at the overall results, 40% (n=8) of patients who underwent the gastric bypass procedure saw a remission in their diabetes while 29% (n=6) of the gastric banding procedures experienced remission. In comparison, none of the lifestyle change-only patients showed signs of remission. The authors also reported a drop in the use of diabetes medications for the surgical groups, with 65% of the RYGB group requiring fewer medications and 33% of the LAGB seeing the same results.

The authors were also encouraged by the effects on patients’ lipid levels. Patients in the RYGB group saw improvement in their triglyceride numbers as well as high-density lipoprotein cholesterol levels. Blood pressure results were not as definitive, though authors noted, “the RYGB group had the greatest improvements in systolic blood pressure compared with the LAGB and LWLI groups (P<.05 for both) and diastolic blood pressure from baseline to year 3 compared with LAGB group (P = .0005).

Comparing their results to those from previous studies, the authors said, “add important data to these longer-term results by showing a comparable 40% partial or complete remission of T2DM (including the requirement to not be taking any medications to meet remission definition) with RYGB and 29% remission after LAGB, which is a new result.”

“This study provides further important evidence that at longer-term follow-up of 3 years, surgical treatments, including RYGB and LAGB, are superior to lifestyle intervention alone for the remission of T2DM in obese individuals including those with a BMI between 30 and 35,” the authors continued. “While this trial provides valuable insights, unanswered questions remain such as the impact of these treatments on long-term microvascular and macrovascular complications and the precise mechanisms by which bariatric surgical procedures induce their effects.”

The study was funded by a grant from the National Institutes of Health- National Institute of Diabetes and Digestive Kidney Disease and by Magee-Womens Hospital of UPMC which subsidized the surgical procedures.