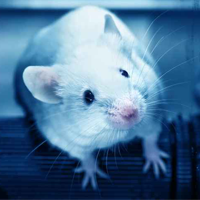 There may be an easy way to treat immune related disorders in mice models of multiple sclerosis (MS), according to a study published in the Journal of Immunology Research.

Researchers from the University of Florida used an infusion of spleen cells in combination with an autoantigen to block MS in mice models. The process used attaches disease related protein fragments, the autoantigens, to spleen cells to prevent MS. In mice models, MS causes brain and spinal cord inflammation, similar to human MS. The process was able to “dramatically reverse” MS in its early stages in the mice, the researchers said.

The researchers acknowledged that this approach is not new in its ability to treat MS, but this study is unique because it utilized the autoantigens in combination with a chemical called sulfo SMCC, or SMCC. SMCC is already approved by the U.S. Food and Drug Administration (FDA) for its use in delivering various drugs in clinical trials, the researchers continued.

This method, using SMCC, is faster and better than using other autoantigen methods like EDCI, because it is easier and less toxic to the cells, the researchers commented.
Over a period of 2 months, the study authors found that the spleen cells injected into the mice had prevented MS from developing, they explained in a press release. The same approach reversed the early stages of the mice’s MS. The researchers attributed this reversal and prevention to the spleen cell autoantigen and said that the combination boosts the immune system and suppresses demyelination, found in various autoimmune diseases.

The investigators said that although mice models of MS aren’t exactly similar to human cases, there is enough overlap that the research is easily translatable to human cases. There are no clinical trials scheduled for the immediate future, but the researchers believe there is potential for making the transition from mice models to clinical trials soon – especially because the FDA already approved SMCC for drug delivery systems in trials such as these.

In human cases, the researchers explained that the process would work similarly. They hypothesized that the autoantigens would match with peripheral white blood cells to be delivered by transfusions and that the same benefits as with the mice models would be seen in human models because the two diseases are so similar immunologically and pathologically.