Sunlight May Influence Age of Onset of Multiple Sclerosis 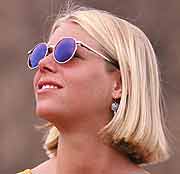 Vitamin D levels in patients’ teenage years may push off multiple sclerosis (MS) onset into later in life, according to findings published in Neurology.

Researchers from Copenhagen University Hospital in Denmark observed 1,161 MS patients in order to compare the vitamin D levels among the patients between 2009 and 2012. Patients submitted questionnaires, which asked about a range of topics including their use of vitamin D supplements during their teenage years and how much fatty fish they ate at age 20 years, and blood samples. The patients were then classified into groups based on sun exposure during teenage years: those who spent time in the sun every day compared to those who did not.

“The factors that lead to developing MS are complex and we are still working to understand them all, but several studies have shown that vitamin D and sun exposure may have a protective effect on developing the disease,” study author Julie Hejgaard Laursen, MD, PhD, explained in a press release. “This study suggests that sun exposure during the teenage years may even affect the age at onset of the disease.”

“It appears that both UVB rays from sunlight and vitamin D could be associated with a delayed onset of MS,” Laursen said. “However, it’s possible that other outdoor factors play a role, and these still have to be identified.”

While this study points researchers in the right direction, there is still not enough evidence to reach a definitive verdict, Laursen continued.

“In particular, someone with a long history of MS and onset of the disease at an early age, may wrongly recall a poor sun exposure,” she concluded. “Additionally, only Danish patients were included into the study, so there should be caution when extending the results to different ethnic groups living in different geographic locations.”