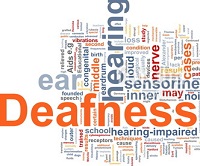 Sudden sensorineural hearing loss (SSHL) is a rare symptom of multiple sclerosis (MS), however people with MS experience SSHL far more often than the general population, according to the findings of a recent study.

Published in the Multiple Sclerosis Journal -- Experimental, Translational and Clinical, the study was conducted by Sari Atula of the Department of Clinical Sciences, Neurology, at the University of Helsinki and Helsinki University Hospital in Finland, and colleagues.

The researchers describe their objective, saying, “We aimed to assess the incidence of SSHL among MS patients, its frequency as an initial symptom of MS, and magnetic resonance imaging (MRI) findings associated with SSHL in MS.” In order to complete that assessment, they examined patient records from an 11-year period.

The researchers found a total of 2736 patient records for patients diagnosed with MS or demyelinating disease from the Helsinki University Hospital. During the same period, 1,581 patients were treated for SSHL. The researchers report, “Of the 18 patients (0.7% of all MS patients) with both diagnoses, 17 patients were diagnosed with MS, and on patients with neuromyelitis optica with features of MS.” However, they say, “MS was present in 1.1% of all SSHL cases.”

“In conclusion, this study shows that MS associates with SSHL, but that SSHL is rarely an initial symptom of MS,” say the authors.