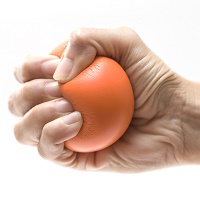 Yoga has shown to improve heart health and benefit patients with rheumatoid arthritis. Even those with breast cancer have gotten in on the action. A new study in Evidence-Based Complementary and Alternative Medicine provides evidence that yoga offers progressive beneficial anti-stress benefits to members of a prison population.

A skeptic could argue that the heady excitement of daily macramé might also score well for a population devoid of many entertainment alternatives, but this study didn’t measure the anti-stress effect of yoga versus making license plates. Instead, it simply measured the benefit of yoga sessions versus a control group not attending sessions. Potential reduction in stress is potentially important in incarcerated populations; earlier research showed that members of prison populations typically display increased stress reactivity and extreme forms of aggression.

The research mirrors an earlier study by the same authors showing that yoga in this population improved both mental well-being and cognition. Improved performance on a cognitive task was also observed among prisoners who took part in the yoga intervention compared to control participants. The researchers wanted to dig deeper to find what might underpin the beneficial effects of yoga. They did this by testing the effects of not just attendance of yoga sessions, but by the frequency of those sessions.

“When class attendance is low, the ‘dose’ of the intervention may be considered reduced, and the intervention may fail to deliver full benefits,” the study authors observed, “…we also tested whether frequency of self-practice had an influence on participants’ mood, levels of stress, and psychological distress.”

The current study followed 87 prisoners (81 male, 6 female) in West Midland prisons, 26 of whom served as controls. The yoga course consisted of a total of 10 two-hour classes, once per week for 10 weeks. Classes consisted of a standardized set of hatha yoga postures. Each class ended with a period of relaxation and meditation. The researchers then conducted a series of multiple linear regression analyses to determine whether the number of yoga classes attended contributed to explaining the variance in psychological outcomes, after statistically controlling for demographic variables and key baseline psychometrics.

They found that greater improvement in the form of decreased stress was significantly related to greater yoga class attendance. Higher levels of self-practice (five times or more per week) were also related to reduce perceived stress and negative affect. These effects were robust when statistically controlling for the potential (and demonstrated) effects of demographic variables, including age and academic qualifications, as well as the participants’ baseline psychometrics.

“These data extend our previous findings by suggesting that yoga may have progressive influences on mood and stress, with greater improvements as prisoners engage in routine practice, in such a way that may potentially extend beyond the 10-week intervention,” the authors noted. “…we suggest that, by improving prisoners’ mental health and addressing known criminogenic agents including negative affective states, yoga may aid rehabilitative programs by enhancing emotional regulation and potentially facilitating greater behavioral control.”

One potential limitation noted by the study authors is that it is possible that prisoners who did not experience improvement in affect and wellbeing during the 10-week yoga course attended fewer sessions, rather than reduced attendance resulting in lessened benefits of the course. This could be confirmed by the roughly 30% drop-out rate of the study. But the authors cited a similar drop-out rate of intervention studies in prison populations.

Click here to sign up for more HCPLive® content and updates.
Related Coverage >>>
Christina Tan, MD, MPH: Managing Coronavirus Fear
Novalung System Granted 510(k) Clearance for Whole ECMO System
Bempedoic Acid, A Non-Statin Lipid-Lowering Agent, Approved by FDA
You May Also be Interested in
Most Popular
The Fear of the Coronavirus, and the Reality of the Flu
Top 10 Painkillers in the US
How to Spot a Bad Doctor
Microbiome Markers Linked to Quality of Life for Women with IBS
When to Suspect Diarrhea is Symptom of a Clostridium Difficile