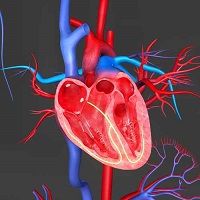 The results of the CREST (Carotid Revascularization Endarterectomy versus Stenting Trial) study are in.

A research team led by Thomas Brott, MD, of the Jacksonville, FL Mayo Clinic and Rutgers New Jersey Medical School (Rutgers NJMS) “did not find a significant difference between patients who underwent stenting and those who underwent endarterectomy” with regard to subsequent stroke, myocardial infarction, or death.

Writing about their sprawling long-term study in the New England Journal of Medicine, the team said 2,502 men and women with carotid artery disease were recruited, treated and evaluated every six months over a ten year period.

The research was done at 117 sites in the US and Canada and was coordinated by Rutgers NJMS.

Patients were designated as symptomatic or asymptomatic and randomized to stenting or endarterectomy.  The resulting patient data analyzed at the University of Alabama at Birmingham showed a post-procedural stroke risk of about 7 percent for all patients no matter which procedure was employed.

“This very low rate shows these procedures are safe and are also very durable in preventing stroke” said Brott.  Comparisons at ten years for re-stenosis were about 1 percent per year for each either stenting or surgery.  The benefit was constant across age and gender as well as for the symptomatic and asymptomatic group.