Study Links Antibiotic Use to Development of CVD in Women 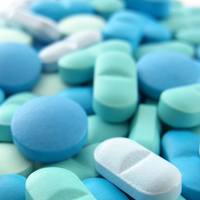 Long-term antibiotic use in women 40 and older could lead to an increased risk of developing cardiovascular disease (CVD), according to a new study.
After examining more than 35,000 women, investigators found taking antibiotics for 2 months or more later in life could result in a 32% in likelihood of developing a CVD.

Investigators obtained data through the Nurses’ Health Study, which is an ongoing cohort study established in 1976 of more than 100,000 female registered nurses in the US. Investigators chose 2004 as the baseline year and a total of 90,853 women returned the 2004 questionnaire.

Investigators examined data from 2004 to June 2012 and categorized participants into 4 groups: those who had never taken antibiotics, those who had taken them for time periods of less than 15 days, 15 days to two months, or for two months or longer. A total of 1056 participants developed CVD during the study.

“By investigating the duration of antibiotic use in various stages of adulthood we have found an association between long-term use in middle age and later life and an increased risk of stroke and heart disease during the following eight years,” said Yoriko Heianza, RD, PhD, study author and research fellow at Tulane University. “As these women grew older they were more likely to need more antibiotics, and sometimes for longer periods of time, which suggests a cumulative effect may be the reason for the stronger link in older age between antibiotic use and cardiovascular disease.”

The authors noted several limitations within their study. As they were using self-reported information, use of antibiotics could be misremembered. Investigators lacked information on what type of antibiotics were used. Additionally, the study only examined women and the results cannot be extrapolated to younger ages and men.

This study, titled “Duration and life-stage of antibiotic use and risk of cardiovascular events in women,” was published in the European Heart Journal.